TheGrio sat down with the actor at the American Black Film Festival in Miami. 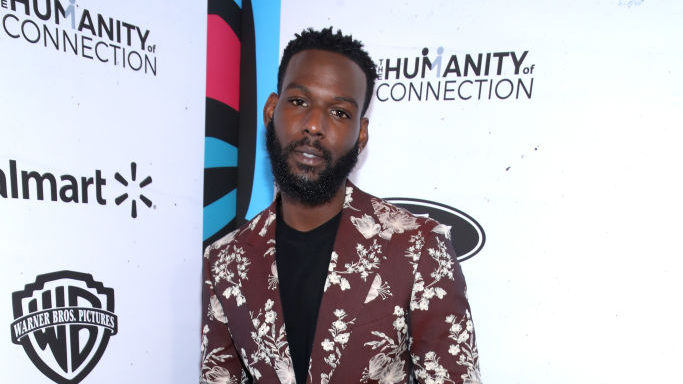 The American Black Film Festival went down in Miami this week and one of the sexiest celebs at the festival was Queen Sugar star, Kofi Siriboe.

TheGrio sat down with the actor who is currently starring on Season 4 of the hit OWN series to find out how he’s dealing with the rough road his character, Ralph Angel, is on.

EXCLUSIVE: Kofi Siriboe on facing his own mental health and empowering others to do the same with ‘JUMP’

In case you’re not all caught up, the biggest hardship facing Ralph Angel is the fact that this doting dad recently learned the son he has dedicated his life to raising is not biologically his.

When we asked him how playing the role of this devastated dad affects his own mental health, Kofi Siriboe was candid about how paying attention to his own emotions was a lesson he had to learn the hard way.

“To be honest, sometimes it’s blurry.  The lines definitely get blurred because I care so much,” he says about the weight of his character’s storyline. “It’s more about us than it is abut me. I feel like that’s why God put me in this position.”

While he may have four seasons of the series created by Ava DuVernay under his belt,  the actor admits he struggled at first.

“At the beginning of this journey, I was oblivious to the weight that I was carrying which kind of made me crash. Once I realized how much was being channeled through me, even just as the vessel, I realized you have to take care of the vessel. What’s a Ferrari with no gas? It’s just going to sit there. It can’t go anywhere,” he explains.

“It has been an education process to learn how to really take care of myself and learning how to pray for the expansion. We can only do so much with our intellect. I didn’t get here by being smart or being intellectual. I was fully on a spiritual journey. I was brought here. I can’t use intellect or my human resources to sustain me. There’s something bigger happening. It’s about clearing enough space and it’s about blocking out the noise to tune in to that.”

“There’s a lack of  safe spaces for us to reveal our trauma and transform and talk about what we’ve been through and just get to a place of peace. I feel like if there were more spaces that were curated for us and if we had more access to resources you wouldn’t feel the need to internalize everything and live with that weight and that baggage. The few of us who have the privilege and platform and the resources to share access to those spaces,  I challenge us to do that,” he said ahead of the Season 4 premiere.

“I believe that is what Ava is doing with Queen Sugar. It’s a safe space that we even get to sit here and talk about these things and broadcast it to our communities and hopefully find healing through that. So I just think we need more space the safe spaces that are specific to us. The more we create the space for it the more the more room there is for expansion.”