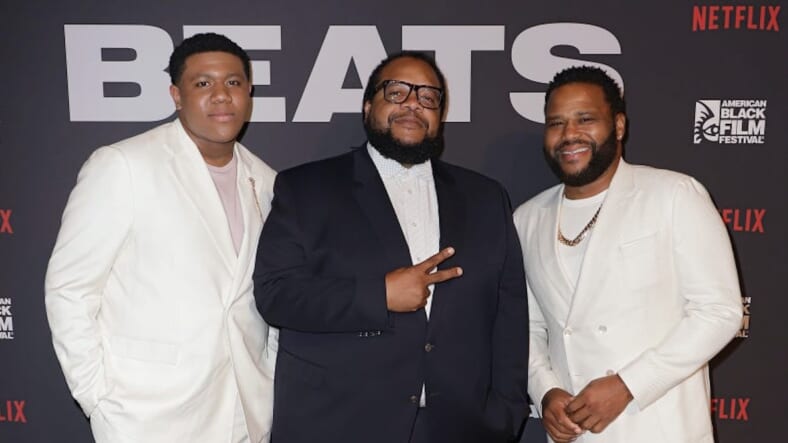 It’s almost time for BEATS to premiere on Netflix and TheGrio caught up with the film’s star, Anthony Anderson and director, Chris Robinson, just after it premiered at ABFF to find out why they decided to take on the project.

Set in Chicago, the film follows August (Khalil Everage); a teenager traumatized after witnessing a devastating tragedy. The Netflix film that also stars Khalil Everage and Uzo Aduba is certainly worth watching, as it shines a light on the long-lasting effects gun violence has on mental health.

According to Chris Robinson, this film sets itself apart by shining a light on the way gun violence affects young people’s mental health.

“For me, Chicago is always in the news. There’s always so much violence that’s happening and our kids are affected by it. We all come from these areas where violence is at an all-time high but amongst that, there’s the rest of life that happens. Everybody has a grandmother, everyone has a mom, everybody has a family and there’s love and birthdays and happiness in between that,” says Chris Robinson. “Part of this movie is about what makes people not respect that. A lot of that has to do with trauma. A lot of it has to do with what’s happening inside yourself. We wanted to examine that in a real way, not in a sensationalized way.”

The film’s director also explained why Anthony Anderson as the perfect person to play the lead.

“He’s one of the biggest stars in the world but I think what sometimes we forget because he does so many things is…his chops, what he does as an actor is amazing,” he says. “I think this film shows just how deep he goes in creating something that makes you feel that it’s real and that’s what acting is all about.”

Anderson took time to explain what attracted him to the role that’s a far cry from the comedic performances we’re used to seeing from him.

“Mainly the script and the subject matter and dealing with mental health issues, what’s going on in the streets of Chicago but more importantly, the story of the young man,” he says. “I like to say the movie is ‘Good Will Hunting’ meets Hustle & Flow. It’s a nice coming-of-age story of this kid helping me find my way back in life and me helping him get a new life.”