Wendy Williams sets the record straight on her failed marriage: ‘I’m still madly in love with him’

The talk show maven also talks about her growing empire and her need for self care. 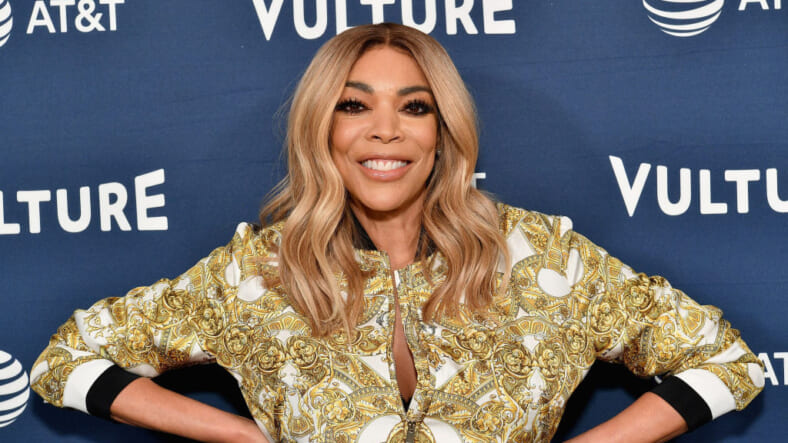 No matter what you may think of Wendy Williams, you can agree that this is one woman who is going through it right now. And yet, even with an impending divorce, public squabbles with her soon to be ex-husband, and the daily struggle of trying to maintain her sobriety, the nationally syndicated talk show host has not allowed any of her personal issues to stop her from being blessed in business. After all, she is Wendy Williams.

Williams appeared at the Black Enterprise FWD Conference in Charlotte, NC on Thursday where she talked candidly with an audience of over 200 people about her new life, new business ventures and a new commitment to self-care. Sponsored by Nationwide and Cricket Wireless, Williams also spoke to theGrio on how she’s managing some of life’s biggest challenges.

Wearing walking shorts, sporting her infamous long legs and a blond wig, Williams made it plain that although some things in her life has changed, people best not forget she is responsible for her own success.

“I don’t really see what I’m going through as a big deal,” said Williams. “Everyone goes through these things, but since I’m the one and only Wendy, so you show up, and you still give your all.”

With a career that spans over three decades, Williams has had success as both a popular radio host and television producer and host. Her Wendy Williams Show is celebrating it’s eleventh season this year, but these days, she doesn’t feel the need to apologize for focusing on her family and self-care.

“I’m on a plane right after I finish here because Kevin, my son, and Travis, my nephew, are flying from Florida to spend the next two weeks,” says Williams. “I’m rushing back because they will not be tearing my apartment apart. I mean our apartment because you know, ‘new life.'”

The new life that Williams speaks of includes surrounding herself with a fresh crop of people like manager, Bernie Young, who once handled the careers of Rosie O’Donnell and Martha Stewart.

Always giving her audience the best “tea,” Williams has been completely transparent about her years of past substance abuse, She started a non-profit foundation with her husband, Kevin Hunter, to help others find resources to drug education, prevention and rehabilitation programs. The Hunter Foundation was dissolved in May after allegations surfaced of Hunter’s extramarital affair.

“When I can get myself well, then I can give back, but I had to heal myself first. You can’t really help anyone or share anything until you’re whole yourself,” explained Williams.

“I just take all of the naysayers and negative things that’s happening and smile and keep it moving. When I see you, I still hold my hand out to shake your hand, but it’s given with a stiff arm and I don’t go in for a hug. I don’t tell them why I’m holding them at arms length because you can’t claim a part of my success. Those people had nothing to do with my success. Getting a contract and getting hired is one thing, but making it a success was all me. I’m just saying, it’s not being selfish; it’s called survival.”

Survival for Williams means figuring out how to keep the wheels moving with her soon to be ex-husband, who was also her manager and business partner. Like many women going through a major life transition, Williams still holds on to some of those good old feelings she once had for him despite his affair producing a child.

Getting a contract and getting hired is one thing, but making it a success was all me. I’m just saying, it’s not being selfish; it’s called survival. —Wendy Williams

“My husband and I were partners, but I just had to clean the slate and start over. I’m good at this new role, at least I think so, but this isn’t new for me. I met my husband on my 29th birthday. I was already a property owner. I was already a radio star. I was already the boss of my own life.  I’m returning to that life with a bigger platform and I love it.”

Things appear to be changing for the better in Wendy’s world, and while she is taking her independence seriously, that doesn’t mean she’s above giving credit where credit is due. After all, she and Hunter have been together for the better part of 25 years.

“I will say this, there was no one else that knew that I could do this. He [Kevin Hunter] was the one who told me I could do it. When Kevin entered my life, he was 23 and I was 29 [big smile] and he was available. It was always me, my attorney and Kevin. His name wasn’t on the paperwork, but he was a huge part of that. Now, I cheer for myself, but I’m still madly in love with him. You see it in my eyes.”

With love still in her heart and a new mission to heal all the way through, Williams has big plans for her brand and expanding empire. She recently announced a partnership with Lifetime TV to produce movies and will executive produce a new show called, Judge Wendy. Plus, fans can look forward to the return The Wendy Williams Show on July 8.

“I don’t really care about the foolishness, but if you read and subscribe to what they say on social media, you’d think that I was pushed to the side. I was an active partner with my husband. People don’t know this, but in business I’m a Mustang, wild and free.”

Darralynn Hutson is a freelance Journalist and media strategist in Detroit