Police are investigating the incident 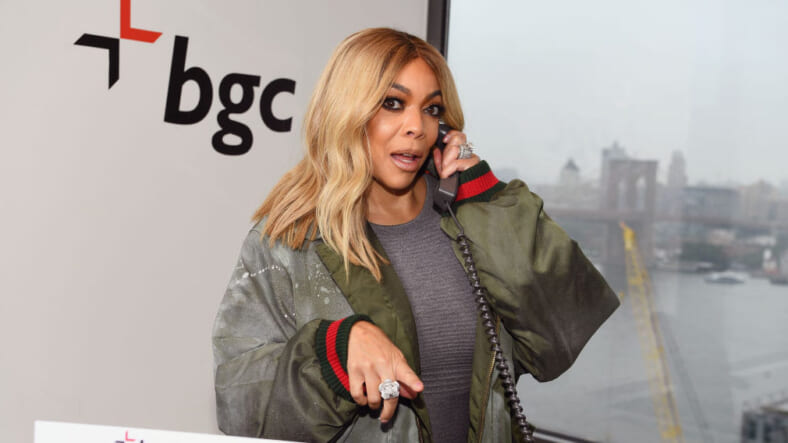 According to TMZ, the father and son got into a heated argument just after midnight in the parking lot of a store in New Jersey. Sources claim the two were arguing about Kevin’s demand for spousal support from his wife. Hunter allegedly called 18-year-old Kevin Jr. “brainwashed” and proceeded to put him in a headlock. Kevin Jr. then reportedly punched his father in the face.

TMZ claims that the police have arrested Kevin Jr. for assault.

Hunter told TMZ “I love my son very much and I will not be pursuing this matter legally. Things are not always how they appear.”

Wendy Williams filed for divorce last month from Kevin Hunter, her husband of nearly 22 years. The legal move came after months of gossip about Hunter having a mistress and fathering a child with said mistress.  Williams at first fiercely defended her marriage on her talk show, defiantly showing of her sizable wedding ring.

“I’m still very much in love with my husband,” she told her studio audience when cheating allegations were running rampant on gossip blogs. “Don’t ask me about mine.” She noted her wedding ring and said, “It ain’t going anywhere. Not in this lifetime.”

But after an extended absence on her show and a stint in a sober house, Wendy eventually decided to end her marriage.

At a recent taping of her show, Wendy said to her audience, “I have a commitment to me and my son to come out of here better, stronger and faster than ever.” Fans have complimented Williams on her apparent glow-up since filing for divorce.