Agree or disagree, this list will have you thinking twice. 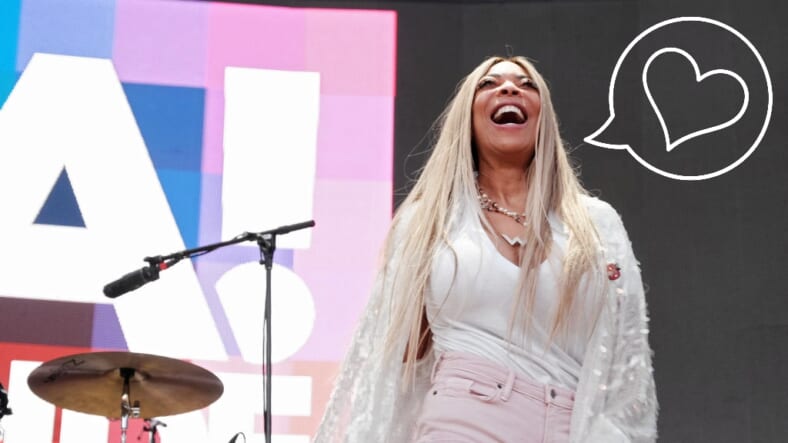 While Wendy Williams waits for her divorce to be finalized, here are five brothers she may want to consider dating as she rebounds into that single life. (Photo by Sarah Morris/Getty Images)

The last few months have been really rough for Wendy Williams, with the talk show host becoming a “hot topic” staple in the gossip blogs rather than the one spilling all the hot topic tea. Bombshell allegations about her health, her marriage, and her impending divorce from her now estranged husband and his relationship with another woman (suspected of being his longterm mistress.) It’s enough to push any human into shrinking under the covers indefinitely.

After the news broke in April that she’d finally made the decision to file for divorce and cut her losses, fans everywhere rejoiced (and also simultaneously let out a sigh of relief), as a whole new Wendy emerged from the ashes like a Phoenix full of hope, forgiveness, and dare we say…. unapologetic lust?

Wendy 2.0 has been raising brows the last few months as a decidedly more playful and flirtatious side of her has taken center stage. Not just on her show, but also in her new found dating and social life.

Just this past week Wendy was spotted running the streets of L.A with new gal pal Blac Chyna, and hitting up PRIDE events without a care in the world.

We may not know whose leg is attached to the young man in the photo she posted at the end of her Cali adventure, but here are five brothers she may want to consider as she enjoys life on the rebound. 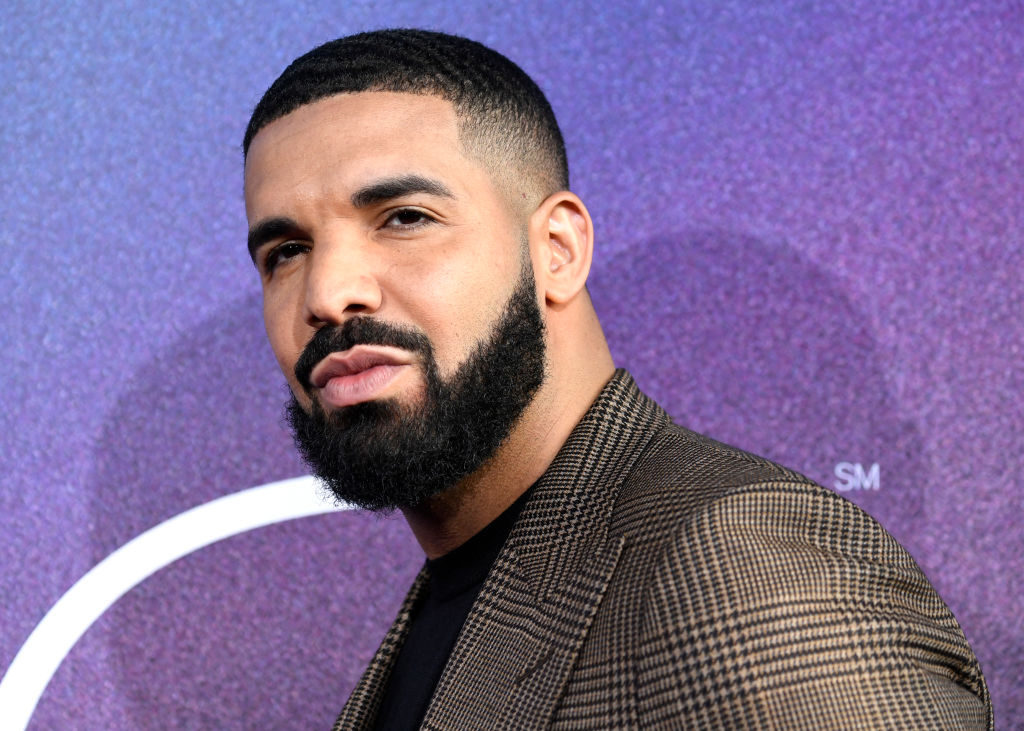 Drake attends the LA Premiere Of HBO’s “Euphoria” at The Cinerama Dome on June 04, 2019 in Los Angeles, California. (Photo by Frazer Harrison/Getty Images)

Full disclaimer: I love Drake as much as any woman could love Drake without being problematic, but I’m willing to lend him out to Wendy for the sake of this exercise.

As much as Drizzy has a reputation for being a Casanova, his penchant for romance, grand gestures, and low-level commitments make him the PERFECT palette cleansing rebound guy. He also loves powerful women, as evidenced by the fact that several of his exes are currently on the infamous Forbes richest females in the world list.

READ MORE: Rihanna opens up about her billionaire boyfriend and longing to be a mom “more than anything in life”

I think it’s safe to say that Mr. Graham would have Wendy feeling beautiful, appreciated and desirable within days. Then, just when he started to get on her nerves from all that shouting and carrying on during the NBA finals, she’d be ready to have him move on to the next.

The added bonus of this union is, Wendy could also walk away with a shout out in one of his next hit songs; a consolation prize he seems to give to many of his conquests.

It’s a win/win all around. And, it’s not like these two don’t have history. We’ve already seen them play lovers in Think Like A Man Too. 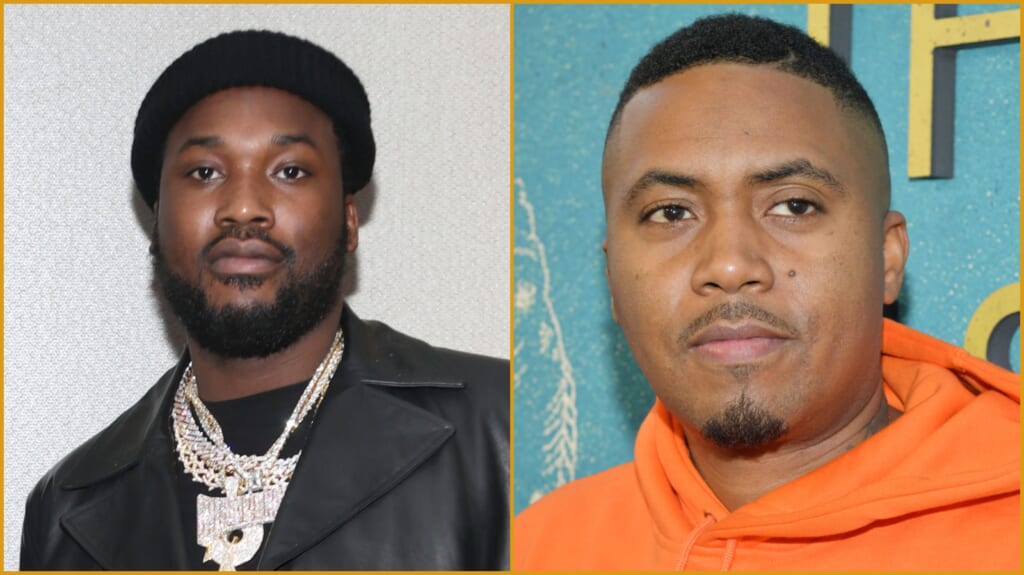 Wendy is a hip-hop aficionado, and as a result, she has often covered Meek Mill’s social justice activism while also taking random moments to wax poetic about her love of Nas in general, but the reason why it’s a toss up as to who should give the talk show diva some “old skool luvin” is because of the former flame they both share — Nicki Minaj.

Like Nicki, Wendy is known for being bossy, confrontational, but also, a bit emotional. In fact, we’ve lost count of how many times Wendy has been overcome by tears right on stage in front of her studio audience.

While we don’t personally think there’s anything wrong with a strong woman having an emotional streak, not all men are properly equipped to handle that sort of thing. If there’s anyone who has the patience, maturity and wherewithal to comfort Wendy, it’s one of the two men who have survived dating Nicki.

Bonus points for the fact that Wendy would also have someone to listen to 90’s rap records with her, a favorite past time that she often talked about enjoying with her estranged husband Kevin Hunter.

O.K., so before you give us the side-eye on this one, hear us out.

This list is all about options, yes? Some woman prefer a bad boy as their rebound guy, so just in case Wendy is inclined to lean in that direction we have a solid option for her in the package of O.J. Simpson.

Now, granted, we normally wouldn’t condone anyone dating an accused double murderer (even if he was technically was found not guilty), but our girl has repeatedly made comments on her show about how hot she thinks the former NFL running back, broadcaster, and actor is despite his 71-year age. She also says he was incredibly charming when they first met.

Even though she often giggles afterwards and admits her attraction is silly given his uber shady pass, we all know “The Juice” is a narcissist who prob would love the attention that would come from the two of them having a quiet dinner at Nobu together.

We couldn’t see this going past two or maybe even three dates (with security present at all times). HOWEVER, lets not forget sis is a journalist with over 30 years in the game. Can you imagine what it would do for her career if during a drunken night out she tricked him into confessing all his sins?

This rebound could low-key result in the headline that would immortalize her career. 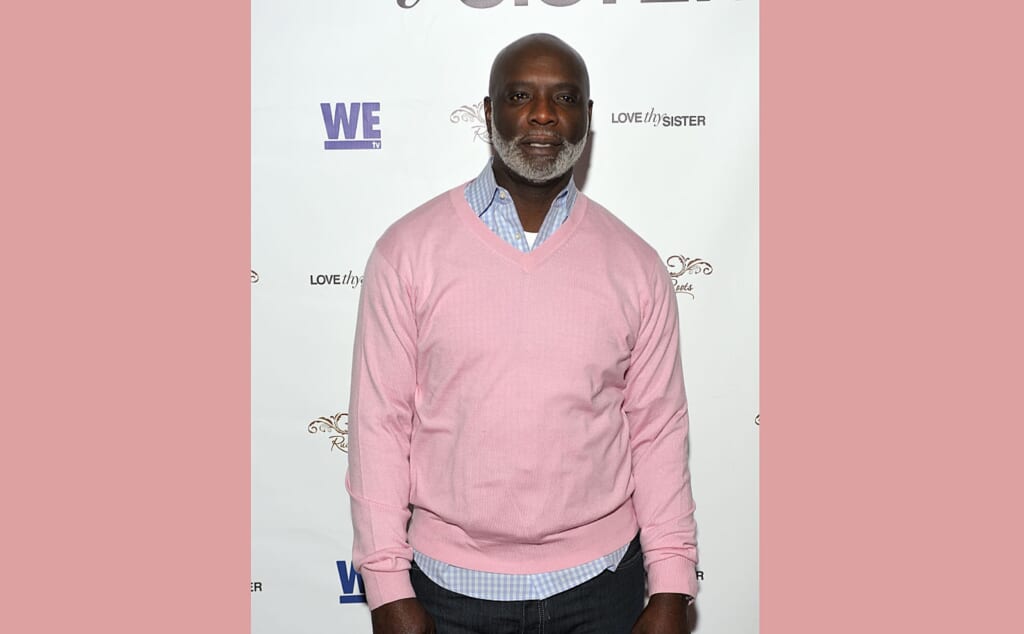 Peter Thomas of Real Housewives of Atlanta poses for a photo at the Love Thy Sister premiere party at Bar One on January 8, 2015 in Charlotte, North Carolina. (Photo by Jeff Gentner/Getty Images for Love Thy Sister Premiere Party)

Since Wendy has finally started embracing a life that is on full display, who better to enjoy her growing spotlight with than an age appropriate reality T.V. husband?

We already know she thinks Peter Thomas is a handsome man and word on the street is that he’s a real charmer who in addition to formally being married to model Cynthia Bailey, has also allegedly dated actress Nia Long.

We figure the two of them would likely have a lot of similar experiences to laugh and bond over during their dinners, including surviving very public divorces.

The only draw back in this pairing is that Thomas, much like Wendy’s ex, has a reputation for milking money from his women. Listen, as long as she doesn’t agree to go into business with him and lets him pick up the check for their meals, this could be as cute as pie for a few weeks.

You probably saw Birdman’s name on this list and did a double take, but one  more time, hear us out.

Everyone and their mama was similarly shocked when Toni Braxton went public with her relationship with the New Orleans rapper, UNTIL we all found out how well he treated her. When Braxton, who suffers from Lupus was sick on tour, Birdman (who Toni calls by his real name, Brian) was so concerned, he had his tour bus trail her at every stop to make sure she was well enough to perform and offer that ray of support on the road.

Like Toni, Wendy also suffers from an auto-immune disease. At least Wendy could rest assure knowing that Birdman would take care of her during flare ups? Also, both women are now in their 50s and it’s refreshing to see a rich and successful man whose willing to date a woman his own age.

READ MORE: Wendy Williams shops tell-all interview as husband Kevin Hunter claims she turned son against him after their fight

This pairing may seem random at first, but at the end of the day, we all want to be with someone who loves and respects us and will so what is necessary to keep us safe, all the things Toni said she enjoyed during her relationship with Birdman, which likely took a dip once she lost her $5 million engagement ring.

Whoever Wendy ends up with next, we hope she gets loved up on as thoroughly as possible. Let the parade of men continue.