Drugs were a factor in the death of Toni and Tamar Braxton’s niece, autopsy reveals

Although it had been previously thought a heart condition had killed Lauren Braxton, forensic examiners reveal that heroin and fentanyl were involved 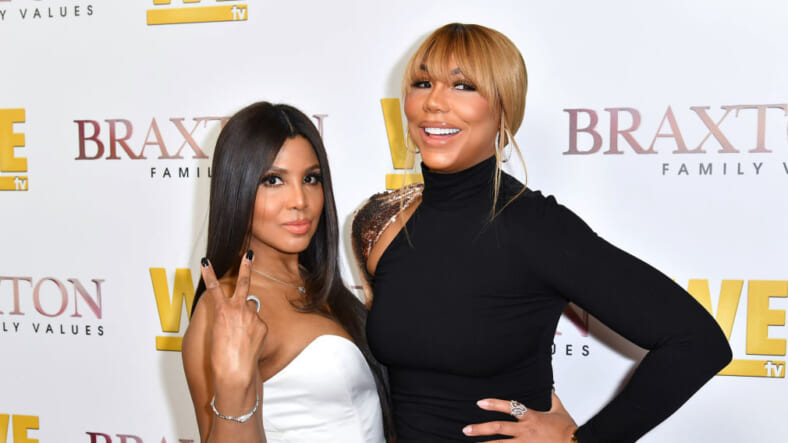 Lauren Braxton, the niece of (L-R) Toni Braxton and Tamar Braxton, has suddenly passed away from a fatal heart condition. (Photo by Earl Gibson III/Getty Images for WE tv )

The cause of death for the niece of Toni Braxton who died suddenly in April has been revealed to be from an overdose of drugs.

Lauren Braxton, 24, who was the daughter of the only son in the famous family, died April 29 from a heroin overdose and fentanyl intoxication according to an autopsy by the medical examiner’s office in Maryland, E! News reported. Earlier reports had pointed to Lauren having a heart issue.

Known to her family and friends as LoLo, she was reportedly unresponsive when police and EMT workers arrived after a 911 call was made. She was pronounced dead at the scene by paramedics.

Lauren’s other famous aunts include Tamar Braxton and sisters Traci, Towanda, and Trina, who all appear on WE TV’s original reality series, Braxton Family Values. While Michael isn’t a regular part of the show, he has appeared with his sisters from time-to-time and is also a singer and songwriter.

After Lauren’s death, Toni, 51, took to social media to pay homage to her niece.

However Tamar previously took heat for saying she was too drained and busy to attend her niece’s funeral. In an Instagram Live post she explained why.

READ MORE: Tamar Braxton hit with backlash after she says she doesn’t plan to attend her niece’s funeral