Epidural stuck in young mom’s back during childbirth, leaving her in ‘agonizing pain’ for days 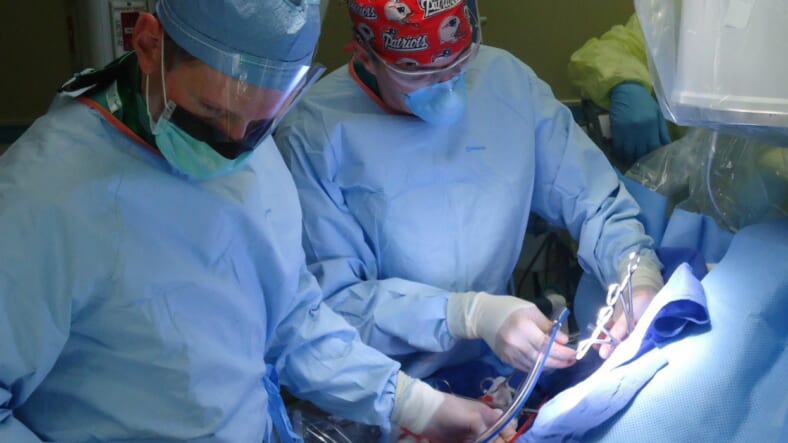 An 18-year-old Florida mother is currently recovering from a medical incident that left her in “agonizing pain” after an epidural was left stuck in her back for four days before it was eventually removed.

Doctors at Sacred Heart Hospital in Pensacola, Fla., were unable to remove the epidural from Selena Gray’s back after she gave birth to her daughter Serenity on June 26, according to Yahoo. Gray received the epidural on June 25 when she went into labor.

READ MORE: New report shows Black and Latina women have highest risk of death during childbirth in the U.S.

Epidural anesthesia procedures are often used with mothers who go into labor for pain relief. The anesthetic is injected through a catheter near the spine, but in Gray’s case the catheter remained inside he back.

“Basically, my epidural looped itself into my spine,” Gray told local station WEAR. “It’s in a knot in my spine, and they’ve been trying to tug at it and tug at it. I haven’t been able to get up or move or do anything.”

The new mom revealed in a Facebook Live video that the doctor told her they never encountered the issue before. In an attempt to remove the epidural, Gray said they continuously pulled at her spine to get the epidural out but were unsuccessful. They eventually went to a neurologist for help, but the doctor simply advised them to “cut it.”

“They used me as a practice tool,” Gray said in the video and said that the doctor was “practicing.”

Gray decided to handle the situation on her own and traveled five hours. to University of Florida Health Shands Hospital in Gainsville, Fla., for help via ambulance

Doctors were able to take the epidural out with an incision, but Gray is still in pain

Her mother, Patricia Alvarado shared on Facebook on June 30 that Gray could not walk without a walker and cannot hold her baby while standing up.

Yahoosaid a spokesperson for UF Health (Shands Hospital) refused to speak about the matter stating, “Given patient privacy laws, we are unable to comment on specific cases.”

Gray told WEAR that doctors at Shands made an incision to remove the epidural leaving her with stitches on Sunday night. She said she and her daughter are recovering and expect to be home soon.