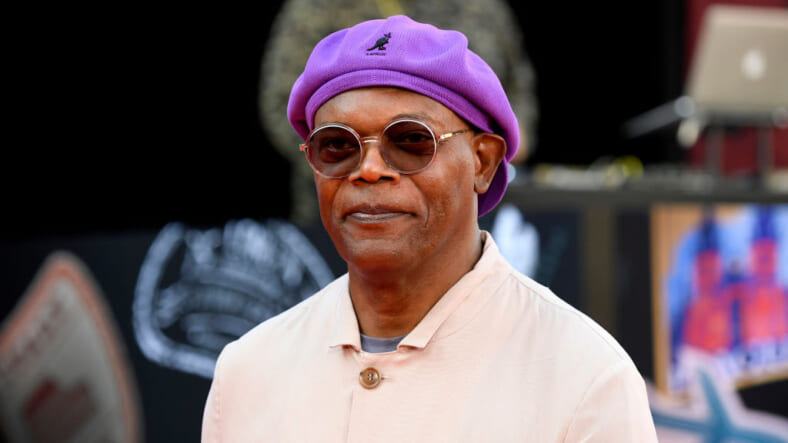 Samuel L. Jackson is joining the cast of the upcoming Saw reboot.

Chris Rock created the treatment for the reboot after being inspired by his love of the original franchise. The comedian will star as a police detective investigating a series of grizzly crimes and Jackson will play his father.

Samuel L. Jackson says he’s ‘not going to lose any money’ over his anti-Trump rants

“We think Samuel L. Jackson and Chris Rock along with Max Minghella and Marisol Nichols make this film completely special in the ‘Saw’ canon and we can’t wait to unleash this unexpected and sinister new story on fans of this franchise. This is next level of ‘Saw’ on full tilt,” said Joe Drake, chairman of the Lionsgate Motion Picture Group.

Mark Burg and Oren Koules are returning to produce the reboot. Darren Lynn Bousman, who directed the second, third and fourth Saw films, is directing.

The eight-film franchise centers on the fictional character John Kramer, also called the Jigsaw Killer, who traps victims in situations that test their will to live. Tobin Bell has played the Jigsaw Killer in all of the previous installments.