Attorney Ben Crump (L) wants charges against Shaquille Dukes (middle) and two other Black men dropped. Davis was accused of stealing a hospital IV that was attached to his body as he took a walk outside the facility. He says race is at the basis of the incident. Rev. Jesse Jackson (R) says there should be national outrage after his arrest. (Photo courtesy of Attorney Crump)

The lawyer for a Black hospital patient in Illinois arrested for stealing equipment as he took a walk outside says race is to blame for the incident.

Shaquille Dukes, 24, was out for a walk with his IV pole and hospital gown on June 9 when a hospital security guard accused him of stealing the IV equipment. Dukes was recovering from pneumonia and staffers at the Freeport Health Network in Freeport, Ill., told him he could get some air. Police were called and arrested Dukes and two other men for disorderly conduct after they argued with the guard.

Dukes’ crime was being “in a hospital while Black,” his attorney, Ben Crump said at a press conference on Thursday.

“What happened to Shaquille Dukes happens far too often in America; we refuse to ignore this case of blatant racial profiling. Mr. Dukes went to the hospital to receive treatment and care — instead, he left in handcuffs,” he continued.

Crump, a civil rights lawyer based in Florida, said his firm is investigating the incident and is pushing for the charges to be dropped.

”There are all kind of constitutional violations here,” he said.

Shaquille Dukes claims that a Freeport security guard accused him of attempting to steal the IV stand that was attached to his arm while being treated for pneumonia, @mitchdudek writes.https://t.co/0A6DSZ3rRT

Rev. Jesse Jackson was also at the press conference and called on the public to protest in response to these arrests.

”There should be a sense of national outcry about this,” Jackson said.

The Freeport Health Network is now insisting that patients are not allowed to take walks off of the hospital grounds.

Crump may have a fight ahead of him.

What happened to Shaquille Dukes happens far too often in America; we refuse to ignore this case of blatant racial profiling. Mr. Dukes went to the hospital to receive treatment and care — instead, he left in handcuffs.

An independent investigator says he found that race played no role in the incident, the Associated Press reports.

Davis wrote that the security guard acted appropriately and that he “would have been negligent in his duties had he not stopped to inquire what Dukes was doing outside.”

Dukes said in an interview, however, that many points brought out in the report are false and he believes he was targeted by an “overzealous, racist security officer.”

The two men with Dukes who were also arrested are Black as well.

“When he (the security guard) stopped us he radioed the police and said, ‘I have three Black males attempting to steal property from the hospital,” explained Dukes who is due back in court in August. 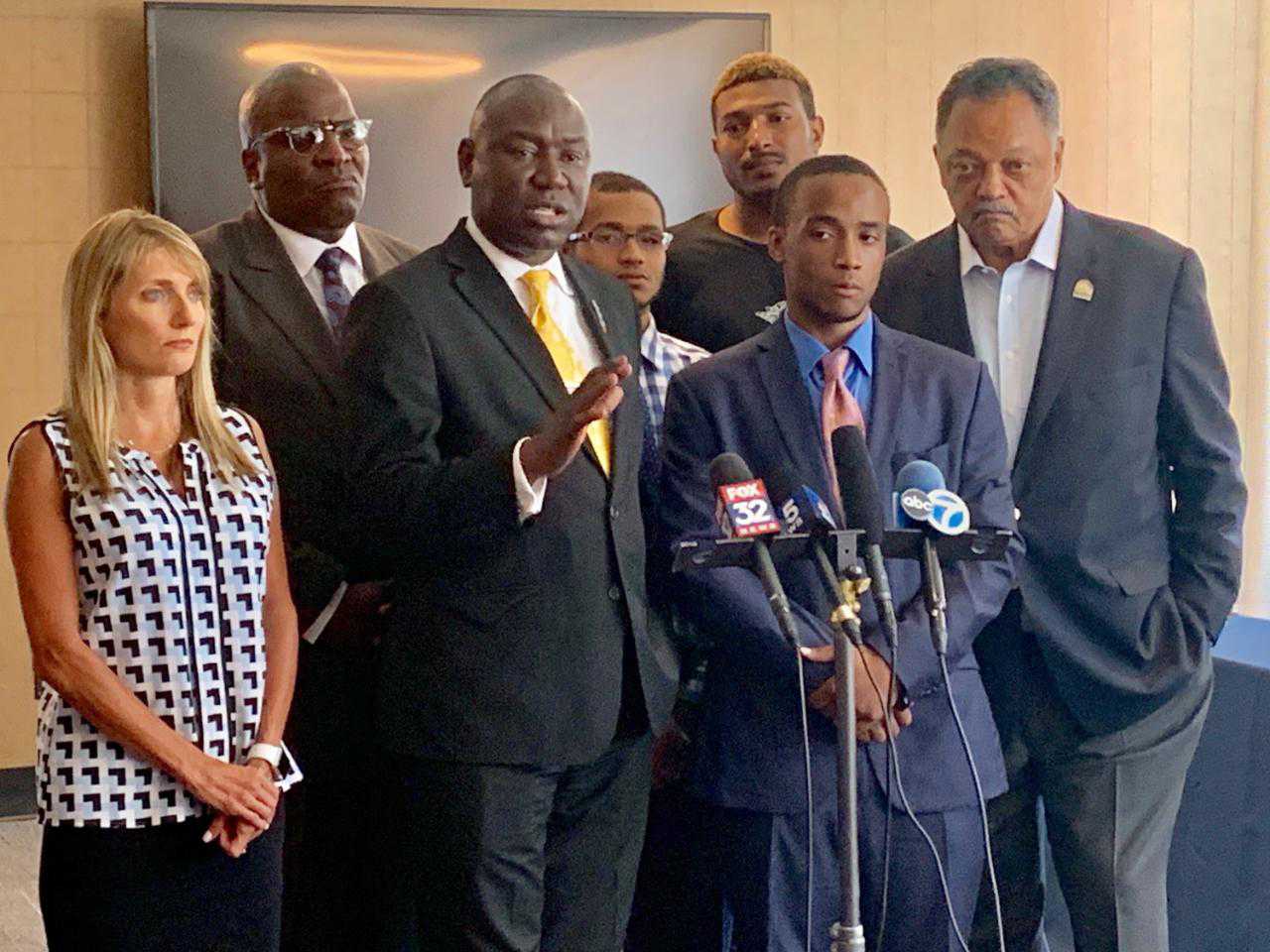 Attorney Benjamin Crump believes Shaquille Dukes’ crime was “being in a hospital while black.” He is trying to get the charges against Dukes dropped. (Photo courtesy of Attorney Crump.)

Dukes also said that the first thing the guard asked him after approaching him was whether he was planning to sell the IV equipment on eBay.