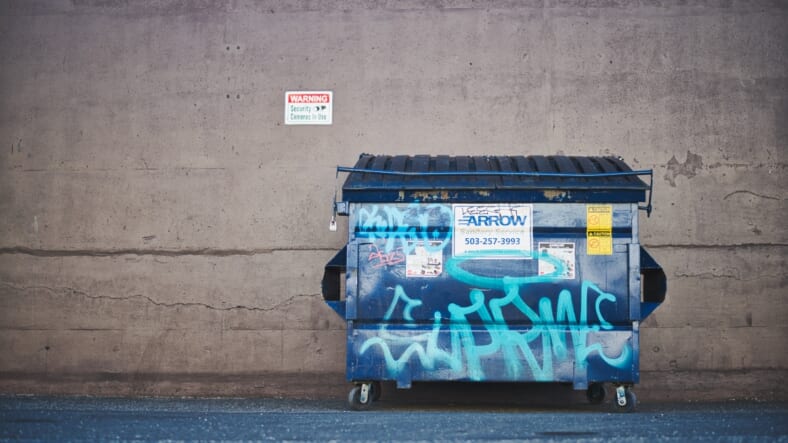 A 4-year-old Baltimore boy who was thought to have been abducted was found dead on Thursday in a dumpster.

Alicia Lawson, the mother of Malachi Lawson reportedly confessed that her son “was not missing, but deceased” and led authorities to recover his remains, ABC News reports.

“Last night after extensive interviews with Malachi’s mother, Alicia Lawson, she confessed that her son was not missing, but deceased,” Baltimore Police Commissioner Michael Harrison said Saturday at a press conference. Malachi was reported missing from his grandmother’s house porch last Thursday.

“She subsequently gave detectives the location of the child’s remains,” he said.

According to newly released charging documents, Malachi had suffered from severe, untreated burns for days before he died, The Capital Gazette reports.

Lawson 25, and her partner Shatika Lawson, 40 were both arrested and reportedly charged with 11 different counts including involuntary manslaughter, first-degree child abuse, reckless endangerment, tampering with evidence and giving false statements.

The child’s body was found near his grandmother’s home in a dumpster, according to authorities.

Autopsy results are pending, but police reported that there were “obvious signs of injury” that were found on the child.

“They both decided not to call 911 or seek any other type of medical assistance due to fear that the child would be taken from them, that they would get in trouble for what happened to the child and their past history with child protective services,” the charging documents said.

“A lot of us are fathers,” said Heshie Klein, vice president of Operations for the Shomrim Safety Patrol, told Baltimore ABC affiliate WMAR. “A lot of us are grandfathers, and you have a 4-year-old child missing, defenseless. It struck a nerve.”

More than 100 volunteers took us the cause to find Malachi, and the FBI and local agencies also were on the case to investigate his whereabouts.

Police suspect that the child was killed on Thursday when he was reported missing wearing a white tank top, khaki shorts, and black flip flops.

“From the time of the child’s injury to the fabricated call to 911 neither Alicia or Shatika sought medical treatment for the child, instead of seeking to hide his injuries for the sake of their own well being which resulted in his (Malachi’s) death,” the charging documents said.