Nervous about being a first-gen student? No worries, Michelle Obama’s got you

The popular former First Lady is launching a YouTube series targeted at students who will be the first in their families to attend college, much like she was years ago 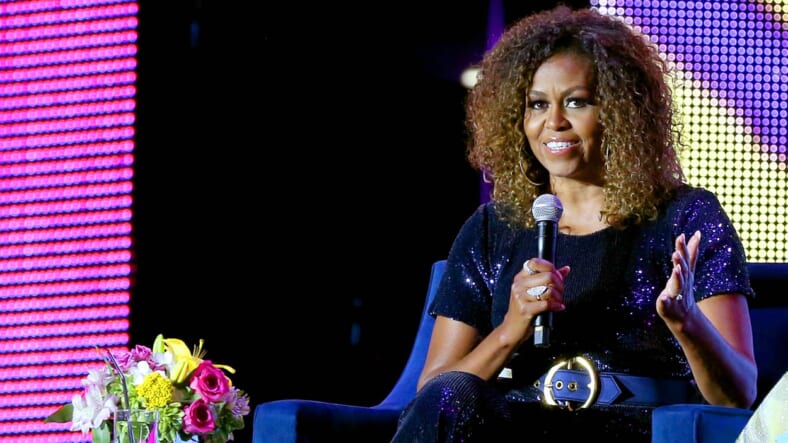 Knowing what it is to be the first generation of her family to go to college, Former First Lady Michelle Obama is set to launch a YouTube series that is aimed to assist students in similar situations in preparing for college.

The new series is a part of her Reach Higher initiative and has partnered with NowThis and YouTube for what is being called a “crash course” for students arriving in September. The series will be 10-episodes in length and titled A Students’ Guide to Your First Year of College.

The series announcement follows Obama recently hosting her annual Beating the Odds Summit at Howard University, which serves as a tool to assist a group of students in succeeding in post-secondary education.

Obama was a first-generation college student who wanted to make fellow first-gen students transitions easier than hers and recommended picking a major that truly matches their interest, Newsweek reports.

“When my dad dropped me off at college, I remember feeling overwhelmed and I have a feeling that some of you might know what I’m talking about,” Obama shares in the series trailer. “You’re not the only ones.”

In the past she has shared her experience at Princeton University, which she stated she had trouble in finding classes, living on her own and overall lack of confidence in regards to her abilities in comparison to other students.

Aiming to ease some of those fears for this crop of incoming freshmen, the series will answer the questions that many may face when they arrive at school.

“They’re going to teach you everything from how to manage your time and money to the importance of finding a mentor and peers to help you along the way,” Obama said.

READ MORE: Michelle Obama reflects on road to the White House and raising her daughters

Joining her will be recent grads and experts to assist students on the start of their collegiate journeys.

A Students’ Guide to Your First Year of College will be available on the NowThis channel beginning September 4.