The upcoming film was inspired by a Black horseback riding community that is a rich part of Philadelphia’s history. 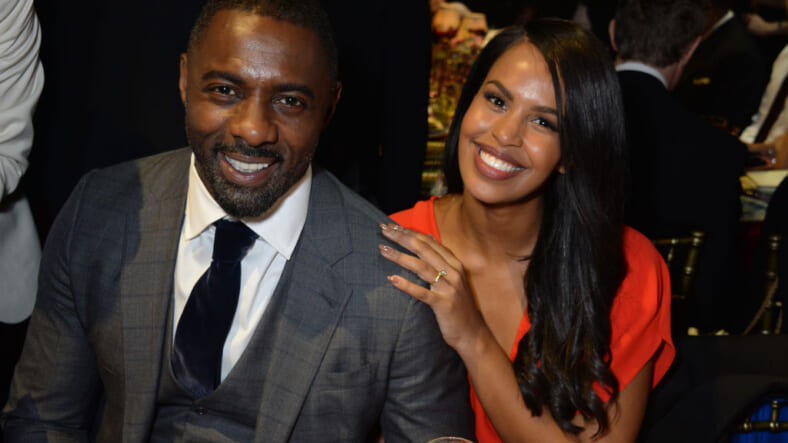 Idris Elba may not be interested in being the first Black James Bond but he is slated to play a Black cowboy in the upcoming movie Concrete Cowboys.

According to Deadline, Elba will be joined by Stranger Things star Caleb McLaughlin and Jharrel Jerome, who recently received an Emmy nod for his gut-wrenching portrayal of Korey Wise in Ava DuVernay’s Neflix series When They See Us.

In the flick, inspired by a Black horseback riding community in Philadelphia, the British actor will play Harp, the estranged father of McLaughin’s character, Cole. When Cole heads to Philly to live with his father, he soon learns about Fletcher Street’s cowboy subculture. The publication  mentions that Greg Neri’s novel “Ghetto Cowboy,” also inspired the film.

McLaughlin’s is already riding high in the wake of Stranger Things releasing its third season on Netflix last month, and the actor appeared to still be in good spirits while celebrating the announcement about Concrete Cowboys on his Instagram.

All praise due to the most high,” he wrote in his caption, along with a screenshot of him and his co-star.

READ MORE: 5 Reasons Megan thee Stallion is the kind of friend all of us need

The timing of this project couldn’t be any better given the current fascination with Black cowboys caused by Lil Nas X who continues to break records on the Billboard charts thanks to the massive success of his single, Old Town Road.

The viral track, which features Billy Ray Cyrus recently beat out both Mariah Carey and Despacito to become the longest-running No. 1 hit in the history of the Hot 100 chart. It has also now set records on Billboard’s Hot R&B/Hip-Hop songs and Hot rap songs charts, respectively, where it is currently spending its 19th week at No. 1. This means it surpasses the record set by Drake’s One Dance which spent 18 weeks at No.1. on the Hot R&B/Hip-Hop songs chart.

With stats like that one can’t help but wonder if X will make a cameo on Concrete Cowboys or at the very least appear on the soundtrack.

A post shared by Caleb McLaughlin (@therealcalebmclaughlin) on Aug 9, 2019 at 8:01am PDT