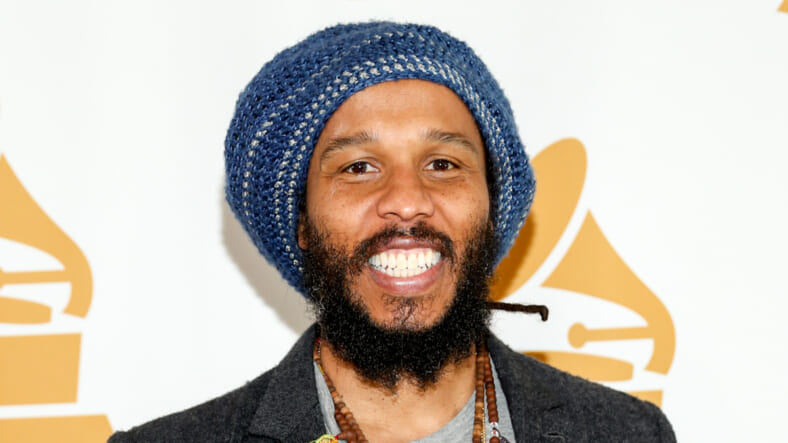 (Photo by Rich Polk/Getty Images for The Recording Academy)

Bob Marley may be considered a music legend, but now his son Ziggy Marley is coming forward to reveal he started smoking marijuana at the tender age of nine and did so with his father’s blessing!

According to The Daily Mail, in retrospect, Marley, who followed in his father’s footsteps and became a musician, now believes he was “too young” to start smoking the drug despite the fact that doing so was commonplace in his Rastafarian community.

“Smoking marijuana wasn’t considered a bad thing in Rastafarian culture,” he told Reader’s Digest. “It wasn’t something to hide from the kids.”

“I can’t even remember when I had my first spliff, I was around nine. I was very young, too young,” recalls the now 50-year-old. “I wouldn’t have let myself do it in my father’s place.”

Despite his statements the singer concedes Marley’s actions were part of his culture and that he doesn’t hold any ill will towards his dad, stating, “It was a part of our religion – we’re one of those ancient cultures with traditions that modern society wouldn’t accept.”

“When I first consciously decided to smoke weed as a teenager, I approached it from a spiritual point of view,” he clarifies, for those who may think his use as a minor was recreational. “It’s given me more insight into myself and into my spirituality, and I use it as a form of influence when reading scriptures and books about spirituality. I use it to give me a different perspective so that my mind isn’t in the same place that it normally is. I turn into a shaman.”

“It was never just about getting high – I educated myself about it in terms of how Yogis in India use it and I went down that route with it, I didn’t go down the ‘fun’ route.”

This plant just keep giving & giving & giving thank you JAH for the #Ganja tree. We also need to expand on the industrial uses of the Plant as an alternative to industries committing deforestation . A special gift for humanity if we can explore and utilize its many qualities. pic.twitter.com/2WGty92ltp