The highly-anticipated season premiere was full of big surprises. 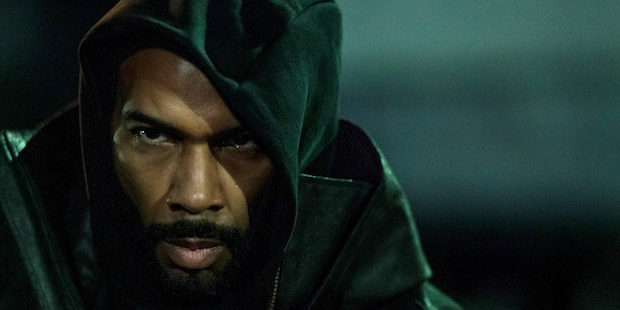 The sixth season of POWER finally premiered on Sunday night and the STARZ series isn’t pulling any punches in its final season.

The show that stars Omari Hardwick, Naturi Naughton, Joseph Sikora, Lela Loren, Rotimi, and Lala Anthony has served up twists, turns, and head-spinning surprises ever since it premiered in 2014 and now it’s time for one final round of drama.

VIDEO: ‘Ghost is a man of manipulation and selfishness’: ‘Power’ stars dish on the final season

Here are 5 of the biggest moments from the premiere:

New theme song. After five seasons of hearing executive producer 50 Cent rap the show’s theme song during the opening credits, viewers may have noticed that his voice has been replaced by Trey Songz. No word on the real reason behind the switch up, but we can’t help but wonder if it’s foreshadowing more changes to come.

Angela is dead. Last season’s finale ended with Tommy shooting Angela in the chest but we didn’t actually expect her to die. While she holds out for the first couple of minutes, she dies from her wounds during surgery. She’s fully dead and Ghost knows the bullet that killed her was meant for him. Game on.

Jealousy runs deep. Even though Ghost has been in love with Angela for years and seemingly over his wife, it turns out that seeing her and her boyfriend, Terry Silver making love in the parking love was enough to drive him to murder. Tasha isn’t certain that her over is dead, but her assumption that her husband killed him is enough to prompt her to demand a divorce.

‘Power’ heads toward its finale, but its influence grows

Brotherhood doesn’t last forever. Even though Tommy and Ghost have had their fair share of major ups and downs over the years, we’ve always assumed their friendship would pull them through any obstacle. Now, it seems that Tommy has gone too far by murdering Angela, and Ghost doesn’t hesitate to fill his BFFs car with bullets as retaliation. We never thought we would see the moment that Ghost kills Tommy, and it’s a powerful scene for sure.

Tariq is heartless AF. While we’re still reeling from the realization that Tommy and Ghost would have no problem killing each other, it’s even more disturbing to learn that Tariq may be the one we need to watch out for. His hatred for his father is growing by the day, and he has a sinister side that is slowly emerging. Something tells us this boy is going to be a major problem.