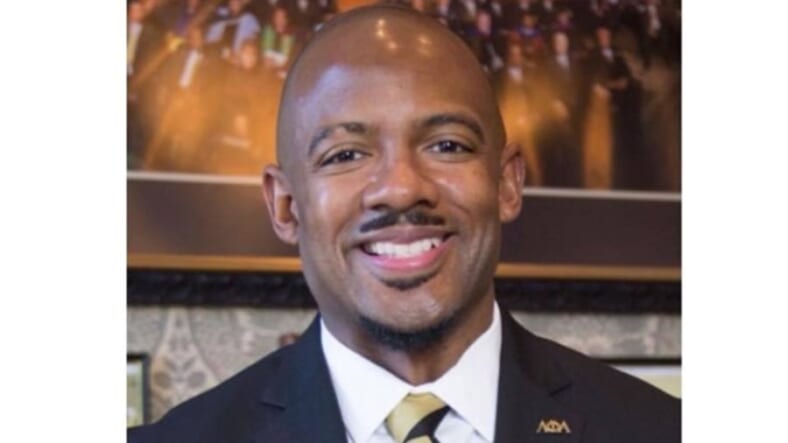 Jamie R. Riley, who was hired last December as the University of Alabama’s assistant vice president and dean of students, resigned on Thursday. This was one day after Breitbart News published an article detailing some of Riley’s past tweets. ( Jamie R. Riley/LinkedIn)

Just seven months into his role as the dean of students at the University of Alabama, Jamie R. Riley has resigned from his position after some of his past tweets, which criticized the American flag and the often turbulent relationship between police officers and the Black community, were unveiled by ultra-conservative news site Breitbart News.

Riley, who was hired last December as the University of Alabama’s assistant vice president and dean of students, resigned on Thursday. This was one day after Breitbart News published an article detailing some of Riley’s past tweets, according to campus newspaper The Crimson
White. Riley started working for the university in February.

“For us right now, basically all I can tell you is that the University and Dr. Riley have mutually agreed to part ways,” Jackson Fuentes, press secretary for the University of Alabama Student Government Association, told the school newspaper. “So yeah, that’s true, and we do wish him the best.”

“Dr. Jamie Riley has resigned his position at The University of Alabama by mutual agreement,” Bryant said in the statement, according to The Crimson White. “Neither party will have any further comments.”

In the Breitbart News article, the reporter pulled an old tweet that Riley put out, which reportedly read: “The [American flag emoji] flag represents a systemic history of racism for my people,” Riley wrote in the tweet. “Police are a part of that system. Is it that hard to see the correlation?”

READ MORE: Nervous about being a first-gen student? No worries, Michelle Obama’s got you

“I’m baffled about how the first thing white people say is, ‘That’s not racist!’ when they can’t even experience racism,” Riley wrote in the tweet. “You have 0 opinion!”

Prior to working at the University of Alabama, Riley served as the executive director and chief operating officer of Alpha Phi Alpha Fraternity, Inc. He also previously worked in student affairs and diversity roles at Johns Hopkins University, The University of California-Berkeley and Morehouse College.