While attempting to escape the impact of Hurricane Dorian, a 12-year-old Bahamian girl was separated from her family at an airport in South Florida, resulting in being sent to a Miami gardens shelter for abused or abandoned children by U.S. Customs officials. 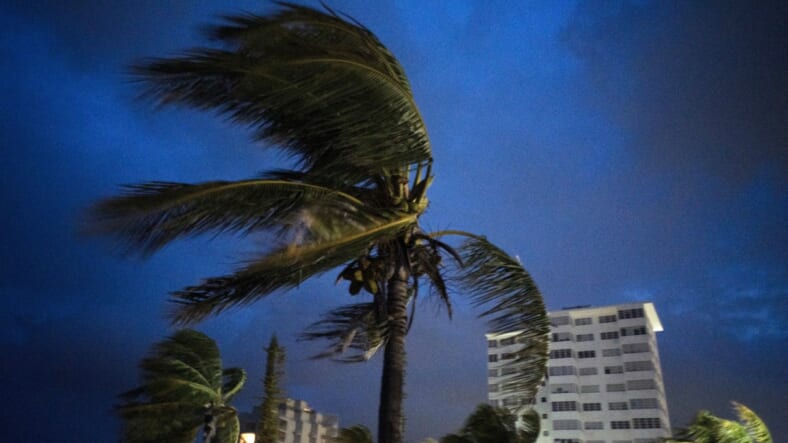 While attempting to escape the impact of Hurricane Dorian, a 12-year-old Bahamian girl was separated from her family at an airport in South Florida, resulting in being sent to a Miami gardens shelter for abused or abandoned children by U.S. Customs officials.

Kaytora Paul and her godmother flew from Nassau to West Palm Beach on Sunday after leaving the Abaco island, which was destroyed by the fury of Dorian. Upon arrival in Florida, the two was transferred to Miami International Airport before being separated as Kaytora was not traveling with her biological mother.

Kaytora’s biological aunt was present at the airport but was denied custody, instead she was housed at His House Children’s Home under the custody of the U.S. Department of Health and Human Services. Paul was considered an “unaccompanied minor” since she was not with her biological parents.

— Hurricane Dorian Aftermath: Two women lead a mission to save lives and rebuild the Bahamas

“I thought losing my house was devastating. Or having to relocate to a different island or country was devastating,” Katty Paul said to the Miami Herald. “But when I found out that they got her, my baby, I mean, there are no words. It was at that moment that I really lost everything.”

Paul is a part of a family of six. Along with her parents, she has three siblings, ages 3, 10 and 19. The family was present in their home as the hurricane collapsed their roof and raised floodwaters into their home, resulting in the family sleeping in their Dodge while getting wet due to a broken windshield.

Katty stated she sent Kaytora with her godmother because there was not enough space for everyone when rescuers arrived. In order to get her daughter back from U.S. Customs custody, she will have to apply to be a sponsor with the Department of Health and Human Services and supply documentation such as a birth certificate, government identification and proof of address.

Previous attempts at this process have lasted on a range of weeks to months, however, the window is smaller for Katty who can only remain in the states until September 26, which is when her time allowance in the country will end.

“I don’t even want to think about what that will look like — if I have to leave here before being able to claim my own daughter,” she said.