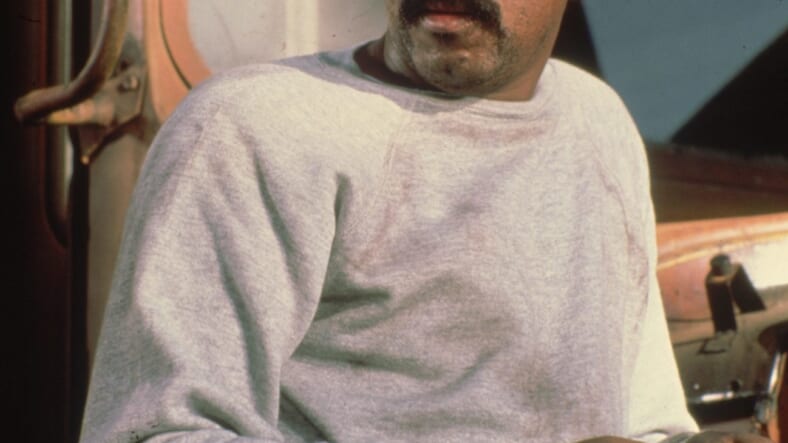 TheGrio previously reported, Kahn claims Mooney had sex with Richard Pryor Jr. when he was a teenager, and the late comedian was willing to offer $1 million to any person who would have Mooney killed.

“How y’all gon listen to a gotdamn bodyguard,” the brothers said during their Comedy Hype interview.

“It’s usually the maid that tells the business, not the bodyguard, good lord…My response is f*ck you, Rashon. Coming out with some stuff like that when Paul is ailing, after he’s old. If the sh*t was hot, you should have told that sh*t years ago,” they added.

The Mooney bros, who are also comedians, noted how when TMZ caught up with Pryor Jr. last month he did not mention Mooney’s name when asked if the sexual assault accusations were true. He also didn’t deny it – saying the incident took place when he was a teen and confirmed the act was not consensual.

“You ain’t talking about all the sh*t that Richard Pryor did,” the brothers added, alleging  Pryor bought his son, who was 13 at the time, a 26-year-old prostitute to take his virginity.

Kahn, who has an upcoming book titled Everything Wasn’t Funny, states in a video interview that the two comedians “relationship became fragile because Paul Mooney had f****d Richard’s son by that time. He violated … Paul took advantage of the situation.”

He also claims Pryor never followed through with paying someone a million bucks to kill Mooney because he “caught on fire” (evidently referring to the 1980 freebasing accident that severely burned Pryor), and his priorities were changed. If that hadn’t taken place, he said Mooney “would not currently be alive,” according to Complex.