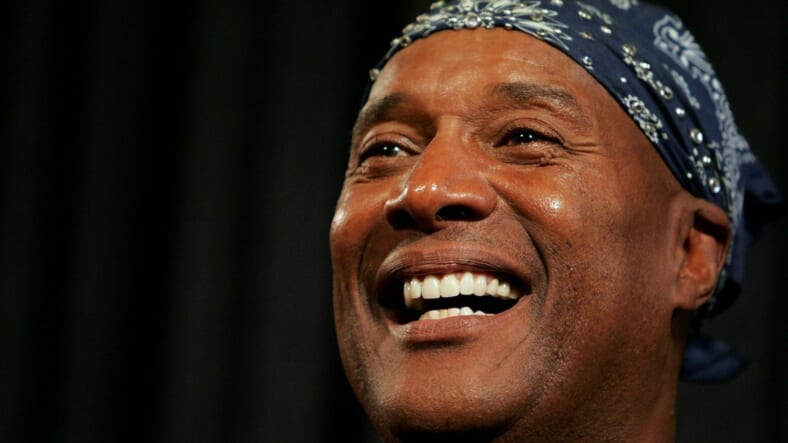 Paul Mooney is stepping away from the limelight for a bit after explosive rumors that he had a sexual encounter with Richard Pryor’s son went viral.

Although the comedy legend has denied Richard Pryor’s former bodyguard’s claims that he had sex with a young Pryor Jr. way back when, and that Pryor put a $1 million hit out on him, Mooney cancelled his Atlanta Comedy Theater appearance Wednesday and Thursday, August 29 due to “health reasons.”

According to TMZ, a sign on door of the comedy venue reads: “ATTENTION!! Paul Mooney is NOT on show tonight due to health reasons. We will transfer purchase to Faizon Love or Donnell Rawlings. Let box office know.”

According to the outlet, Mooney’s pulled out of several appearances following the heat he’s gotten over the alleged sexual relationship with Richard Pryor Jr made by Rashon Kahn, Pryor Sr former bodyguard.

As previously reported, Mooney’s publicist, Cassandra Williams spoke about the statement saying, “There is no validity to Rashon Kahn’s statement as it relates to Mr. Paul Mooney,” according to TMZ.

The development comes after an interview of Kahn, went viral on YouTube after it was posted by Comedy Hype on Monday, where he details the reason why the relationship between Pryor and Mooney ended.

Kahn, who has an upcoming book titled Everything Wasn’t Funny, states in the video that the two comedians “relationship became fragile because Paul Mooney had f****d Richard’s son by that time. He violated … Paul took advantage of the situation.”