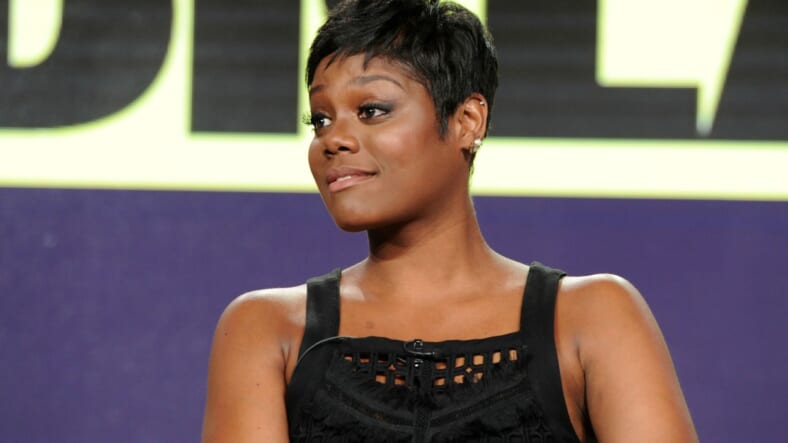 The Rookie star Afton Williamson is rejecting the findings of media content company Entertainment One’s investigation into her claims of racial discrimination and sexual harassment and assault on the set of the ABC series.

eOne released its findings Tuesday, rejecting her allegations that “inappropriate” workplace behavior had taken place during her time on the show’s first season.

A statement released by the company reads, in part, “As a result of the independent investigation, we have concluded that those identified in Ms. Williamson’s allegations did not conduct themselves in an unlawful manner or demonstrate behavior inappropriate for the workplace. It was also concluded that the executive producers, including showrunner Alexi Hawley, addressed matters of which they were made aware promptly and in a fair and reasonable manner.”

READ MORE: ABC’s ‘The Rookie’ star quits show claiming she was sexually harassed and discriminated against

Following the statement, Williamson noted in an Instagram post Tuesday that the ruling is “Heartbreaking for everyone on that set; Past and Present.”

What saddens me the most is that the lengths that were taken to Deceive, Lie, and Cover Up the Truth, were far greater than those made to Protect and Maintain a Safe Working Environment for Employees. It’s Heartbreaking for everyone on that set; Past and Present. And for every Actor out there who Stands in the Face Of Harassment and Discrimination, Assault and Injustice. As a Black Woman, an Artist, an Actor, in 2019. My Speaking the Truth, Standing up for myself, and Leaving an Unsafe Work Environment, Changed things for a lot of people: Black Women, Artists, Actors, Victims, and Survivors of Injustice and Discrimination; Gave Hope and a Promise that things Will Change; that things ARE CHANGING. And that is Not in Vain. My prayer is that we get to a point in this Industry where we don’t just Talk about it in 2 hour Mandatory Meetings. But we adhere to Keeping the Promises Made to Everyone on every set, Tirelessly Fulfilling their Dreams with Passion and Dedication. In order to Be the Change, I want to see, I will Continue to Work so that Casts & Crews alike finally See Words Align With Action. We’ve got to Do Better as an Industry. It’s just Talk until you actually Do Something. ❤️

Williamson accused Hollywood execs of racial discrimination, sexual harassment, and assault, which led her to quit the show.

She took to Instagram in August and revealed how she was victimized by executive producers of the ABC drama series and the show’s hair department worker, citing they made “racially charged inappropriate comments.”

She explicitly named specific people on the set of the show, accusing them of sexual harassment, and racial intimidation, Variety reports.

“This season on ‘The Rookie,’ I was sexually harassed by fellow actor Demetrius Grosse. I was Racially Bullied and Discriminated against and Sexually Assaulted by Hair Department Head Sally Nicole Ciganovich,” Williamson said in an Instagram post.

The statement from eOne continues:

We recognize and respect that as individuals, the lens through which we view situations, interactions and comments, can differ based on our experiences and perspectives. As such, we regret that Ms. Williamson’s time on the series was not a positive one for her, and we respect her decision to move on to other projects.

We continue to focus on fostering a safe and respectful work environment for all our corporate and production employees and further reinforce our policies and procedures. To protect the privacy of all those interviewed, the investigator’s report will not be available publicly.