The 'Clueless' actress is reportedly being held on $500 bail. 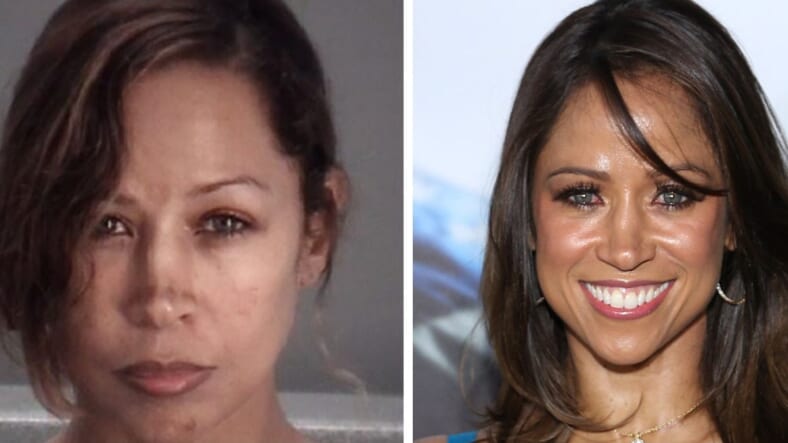 Stacey Dash was arrested for domestic violence in Florida over the weekend after she allegedly attacked her husband, Jeffrey Marty.

The Clueless star was booked on Sunday after police were called to her home in Pasco County. According to TMZ, Stacey Dash pushed and slapped her husband of one year and police arrested her because they saw scratches and bruises on him.

According to reports, she’s currently being held on $500 bail.

Dash’s manager told TMZ that she acted in self-defense, claiming Marty tried to choke her. He alleges the scratches on Marty’s arm were a result of her defending herself and insists she’s the one who called the police, but ended up in cuffs because she had no visible injuries.

Jeffrey Marty is a lawyer, but little else is known about him.

Watch bodycam footage from the arresting officer below:

Stacey Dash comes to her senses and withdraws from congressional race

Stacey Dash is best known for her role in Clueless but caused quite a stir as a very vocal supporter of Donald Trump. She landed a gig as a correspondent for Fox News before being ousted and had a short-lived plan to run for Congress in 2018.

Dash filed paper to run for the California’s 44th district in February 2018, but after social media rallied for Compton’s youngest mayor Aja Brown and lodged support behind her to run against Dash, it seems like Dash had a change of heart.

Dash said in a statement:

“I started this run with the intention to address the pressing issues in the district where I live,” Dash said in the statement. “I hoped, and remain hopeful, that I can assist people living here on the national level. My goal was, and remains, to improve the lives of people who have been forgotten for decades by the Democratic Party.”

However, Dash added, “At this point, I believe that the overall bitterness surrounding our political process, participating in the rigors of campaigning, and holding elected office would be detrimental to the health and wellbeing of my family. I would never want to betray the personal and spiritual principles I believe in most: that my God and my family come first.”