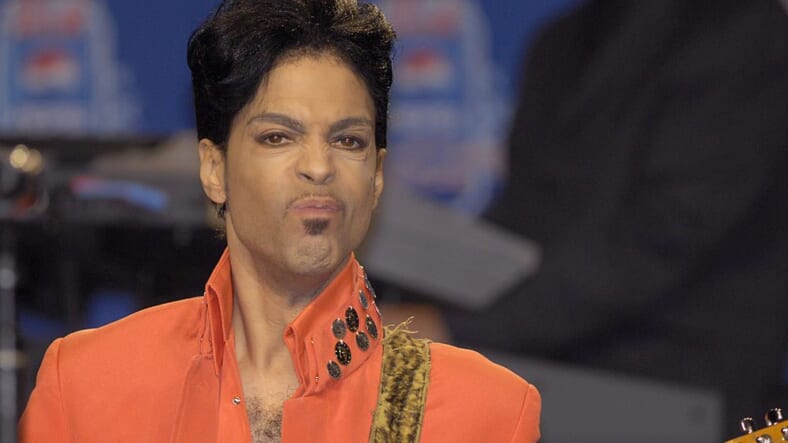 Prince performs during a press conference at the Miami Beach Convention Center in Miami Beach, Florida on February 1, 2007. (Photo by Al Messerschmidt/Getty Images)

Prince’s team members are fuming after Donald Trump played ‘Purple Rain’ at one of his campaign rallies, breaking a promise that they would not play his music again, according to his estate.

Prince did not die for this.

Prince’s estate has condemned Trump’s use of the iconic song which was played on Thursday night in Minneapolis, and tweeted out a letter written last year where Trump promised not to play any of Prince’s hits.

READ MORE: Rare and unreleased music from Prince to be made public by end of year

President Trump played Prince’s “Purple Rain” tonight at a campaign event in Minneapolis despite confirming a year ago that the campaign would not use Prince’s music. The Prince Estate will never give permission to President Trump to use Prince’s songs. pic.twitter.com/FuMUPzSWOe

In true Trump fashion, he didn’t listen to reason.

Once again, the president’s promoters thought they could use the sounds of His Royal Badness to rally their troops, but his estate wasn’t having it.

The letter from Trump’s law firm Jones Day dated, October 15, 2018, says that “going forward,” Prince’s music would not be played at Trump rallies and other campaign events, because the estate requested it.

READ MORE: ‘I will never forgive you’ says Black mother to the white man who shot and killed son in parking lot dispute

During his life, Prince was very guarded about the unauthorized use of his music and rarely allowed it to be played without his permission. He was also notoriously apolitical, choosing to avoid taking specific stands on political issues, so having “Purple Rain” played at a Trump rally would likely not be on the Purple One’s to-do list.

Prince’s music will live on after his estate won a huge battle in the continued fight to control his music. Millions of dollars in restitution were given to Prince’s estate in August after they accused Eye Records of bootlegging his music when the label released 18 compilations of Prince’s live performances and previously unreleased tracks without rights to the music. NME reported that Prince’s estate wanted $2 million for each alleged trademark violation, but were awarded $7 million.