'Jane the Virgin' star has not learned her lesson, continues to make racial faux pas 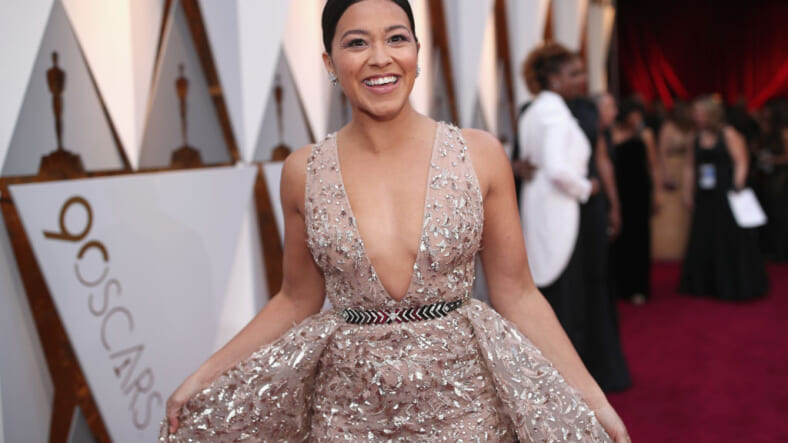 Is Gina Rodriguez ready or not to be canceled after Black Twitter tore into the actress for spitting the n-word while singing a Fugees song?

READ MORE: ‘Habitual Hater’ Gina Rodriguez is the Latina friend you DON’T want speaking up for you

Rodriguez who has made problematic comments in the past has issued an apology after getting blasted by the internet for singing Lauryn Hill’s lyrics on the “Ready or Not” song by the Fugees, which included the n-word, PEOPLE reports.

For whatever reason, the Jane the Virgin star decided to post herself singing the song on her Instagram Story and it definitely didn’t go over well. People called her out for easily using the offensive term which has negative connotations and hurled by non-white people to insult people of color. On the other spectrum, Black folks and especially rappers use it as a term of endearment.

But if you’re not Black, don’t even dare.

Rodriguez got ripped Instagram and said it was a “humiliating” hard lesson learned.

After re-watching the video she said she it “has shaken me to my core.”

“In song or in real life, the words that I spoke, should not have been spoken,” Rodriguez said. “I thoughtlessly sang along to the lyrics of a favorite song, and even worse, I posted it. The word I sang, carries with it a legacy of hurt and pain that I cannot even imagine.”

“Whatever consequences I face for my actions today, none will be more hurtful than the personal remorse I feel,” she continued. “It is humiliating that this has to be a public lesson but it is indeed a much-deserved lesson.”

READ MORE: Gina Rodriguez tearfully breaks down on ‘Sway in the Morning’

Rodriguez, 35, also apologized for hurting the “community of color.”

“I feel so deeply protective and responsible to the community of color but I have let this community down,” she wrote. “I have some serious learning and growing to do and I am so deeply sorry for the pain I have caused.”

Rodriguez can’t seem to stop stumbling over her own lips.

Last year she got folks upset when she insulted Black folks after a roundtable discussion she took part in with fellow TV actresses Ellen Pompeo, Gabrielle Union, and Emma Roberts was posted on YouTube.

According to Forbes, the highest-paid actress of 2018 was Sofia Vergara, who is very decidedly Latina.

Then she criticized the movie Black Panther for not showcasing Latina women when Afro-Latina actresses like Tessa Thompson and Zoe Saldana are a part of the Marvel Cinematic Universe.

On Tuesday, journalist Ernest Owens tweeted: “Black women BEEN telling y’all Gina Rodriguez was an anti-Black problem. Shouldn’t have taken her to say the n-word before y’all woke up. But go off.”

Shouldn’t have taken her to say the n-word before y’all woke up.