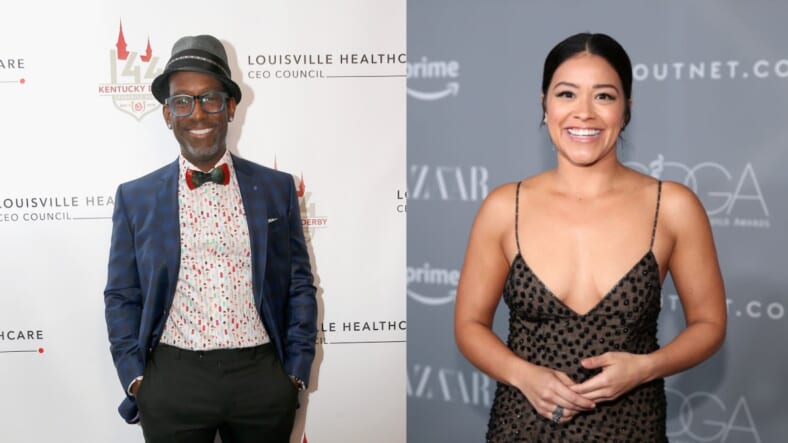 Boyz II Men singer Shawn Stockman is giving actress Gina Rodriguez a pass for getting into trouble for singing the N-word on her IG explaining that it's ok since she's Puerto Rican.

Actress Gina Rodriguez has faced a tidal wave of backlash this week for singing the N-word in an Instagram clip. Now, Boyz II Men singer Shawn Stockman is coming to her defense, because he believes she is ‘Black.’

According to TMZ, Tuesday, the Jane The Virgin star posted a clip of herself in the makeup chair singing along to the classic hit, Ready Or Not byNThe Fugees. At one point, she sings one of the few lyrics in the entire song that includes the N-word, smiles to someone off-camera and the clip cuts off right afterward.

Given how the actress fell out of favor with the public in 2018 for what many believed to be racial blindspots, the clip immediately sparked outrage and criticism. Surprisingly, Stockman believes this is much ado about nothing, and had no problem standing up for her when the TMZ cameras stopped him in the airport.

“Here’s my thing, she was singing a song and if you’re going to sing a song, make sure that you censor yourself. We can all censor ourselves as we’re singing right?” he begins, making it initially seem like he was in agreement with public consensus.

Then he pivots by opining that the actress is ‘Black’ due to her Puerto Rican heritage.

“But as far as I’m concerned, she’s Latina, right? Latina [is] Black,” he explains. “A lot of people don’t acknowledge that but she’s Black. She’s from Puerto Rico. Puerto Ricans, Cubans, Dominicans, Mexicans believe it or not, we all here [rubs his skin]; we all history,” said Stockman.

“She’s Latino. If you go to Puerto Rico right now there are people my shade right now,” he continues, concluding his vent by stating, “Puerto Ricans, Latinos, you’re all Black.”

While his statements were likely well-intentioned, factually speaking, Stockman is incorrect. Being of Latin descent is an ethnicity, not a race, which means not all Puerto Ricans, Cubans, Dominicans, Mexicans are Black. There are in fact both white and Black Latinos.

Looks like both Stockman and Rodriguez could use some additional education in ethnic studies and racial sensitivity. Perhaps there’s an online class they could look into.