The new HBO series opened with a rattling scene depicting the real-life event. 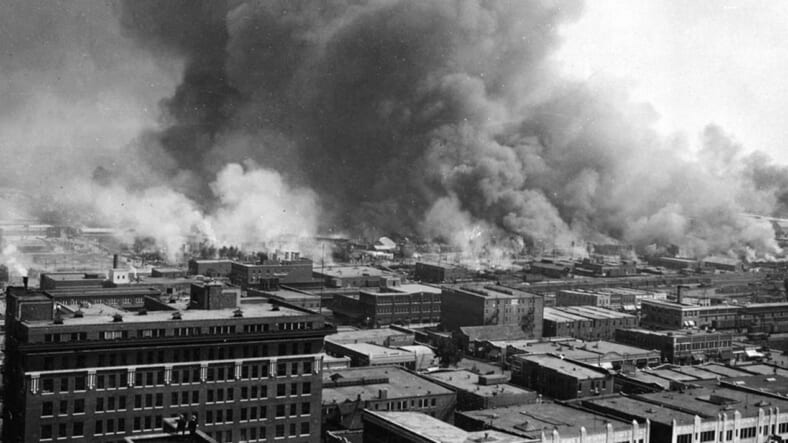 The highly-anticipated premiere of HBO’s new series Watchmen was full of striking moments, but the opening scene was by far the most astounding. In it, we see the series that stars Regina King take on the horrifying Tulsa race massacre of 1921, a real event that is often skipped over in history classes, despite the fact that it is considered one of the deadliest events in American history.

Seeing so many tweets that #Watchmen was the first time they heard about Black Wall Street and had no idea that our opening depicted the Tulsa Massacre which had not been taught in US history classes made me want to post this post from The Post: https://t.co/jiLH9M4Wt6

5 Reasons HBO’s new ‘Watchmen’ series with Regina King is a MUST SEE!

Less tha 100 years ago, hundreds of Black people were murdered when white supremacists attacked them in the Greenwood district of Tulsa known as Black Wall Street. The area boasted more than 300 Black-owned businesses and was home to Black millionaires, doctors, and two theaters.

As expected, the community full of successful Black folks angered many whites who resented their ability to create a self-contained epicenter for excellence and those tensions hit a tipping point on June 1, 1921 when the town was viciously attacked, leaving hundreds dead and thousands homeless.

Shortly after a 19-year-old Black man named Dick Rowland was accused of assaulting a 17-year-old white woman named Sarah Page in an elevator she operated. While she never pressed charges, the authorities did, and by the end of the night, the rumor mill had exaggerated the allegations to rape and throngs of white people gathered outside the courthouse.

The Black community had gathered in a show of support for Rowland and an altercation between an armed white man and an unarmed Black man resulted in a scuffle, with the white man ultimately being shot. That’s when chaos ensued and a reported 10,000 white residents unleashed their fury on the 35 blocks known as Black Wall Street. 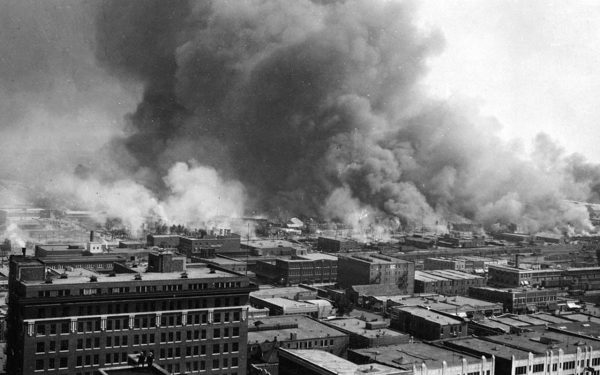 Survivors claim planes dropped bombs from the sky while others smashed, shot, and burned the Greenwood district into oblivion. People were shot, beaten, dragged, and burned with an estimated 300 Black folks left dead.

Those who survived received little help in the aftermath with every insurance claim and every claim for damages was denied. The devastating event was deemed a “riot” shielding the culprits from the threat of prosecution from family members down the line.

While the opening scene of Watchmen was rattling on its own, people were shaken to their cores when they realized it was depicting a real event that’s rarely discussed.