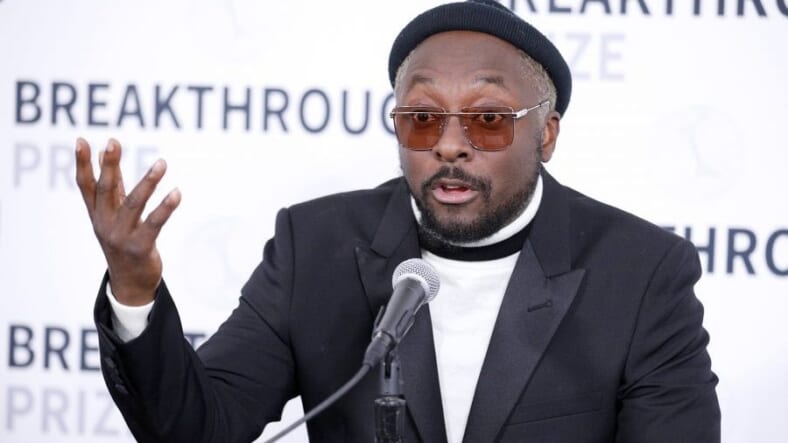 Will.i.am and his crew were on board a flight in Australia when the police were called on them. (Photo by Kimberly White/Getty Images for Breakthrough Prize)

Black Eyed Peas frontman will.i.am said he and members of his team were victims of a flight attendant’s alleged biased treatment. Will.i.am and his crew were on board a flight when the police were called on them.

The “Boom Boom Pow” musician would head to Twitter to express his feelings toward the incident. He detailed what occurred on the Qantas flight that was scheduled to travel from Brisbane to Sydney in Australia.

This is how your greeted when you land from Brisbane to Sydney flying @qantas with a #RacistFlightattendant named Lorraine Marshall…She sent the police after me bacause I couldn’t hear the P.A while making beats on the plane wearing noise canceling headphones… pic.twitter.com/9xT7WqTUoO

CNN detailed will.i.am was wearing noise-canceling headphones when an announcement as made to put away electronics, including laptops. He did not hear the announcement due to his headphones, and still had his computer was out, which led to the encounter.

Will.i.am was asked directly about the laptop by the flight attendant and says that although he put the computer away, the police were still called and waiting upon his arrival. She allegedly told the musician that he had two minutes to put the device away or be met with consequences, thus the assumption that the woman acted solely based on his race.

According to the New York Daily News, will.i.am. stated the flight attendant also gave another person of color a “hard time” during the duration of the flight, and was also rude to him in their interaction.

The artist stated he was “pulled away” and “intimidated” by five officers when he landed. He was eventually released by officers after a fellow passenger corroborated what occurred during the flight. The passenger apparently described the interaction with the flight attendant as “out of control.”

“I was intimidated by 5 police officers when I landed…for what? I put away my laptop when she asked…why would she feel threatened by me to call the police? What did I do wrong? I wasn’t out of hand.. I was polite & did what she asked… now you’re asking me to take abuse?” will.i.am. tweeted.

I was intimidated by 5 police officers when I landed…for what? ??‍♂️ I put away my laptop when she asked…why would she feel threatened by me to call the police? What did I do wrong? I wasn’t out of hand.. I was polite & did what she asked… now you’re asking me to take abuse? https://t.co/1390ThymY3

“I was on the same flight and couldn’t believe the appalling behaviour of the flight attendant. My apologies on behalf of Australia,” fellow passenger Kate Selway tweeted, according to the Daily News.

READ MORE: Will.i.am tweets angrily at United after airline gave away his seat

“There was a misunderstanding on board, which seems to have been exacerbated by will.i.am wearing noise-canceling headphones and not being able to hear instructions from crew,” the airline said in a statement to the Daily News.

“We completely reject the suggestion this had anything to do with race. We’ll be following up with will.i.am and wish him well for the rest of the tour.”