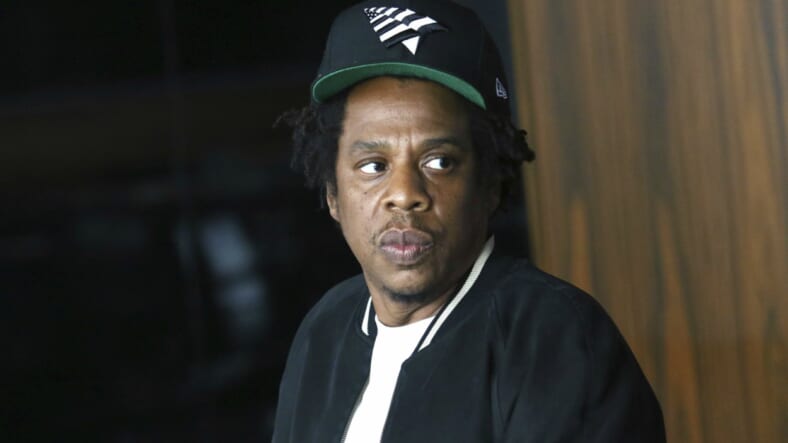 A small Australian children’s book company is about to have 99 problems with the man whose name is synonymous with the phrase.

According to TMZ, Jay-Z filed suit against Australian online retailer Little Homie after it used the hook from one of the rapper’s most popular songs in its children’s book “AB-Jay-Z.” On the book’s back cover, there is a drawing of a boy below the words, “If you’re having alphabet problems I feel bad for you son, I got 99 problems but my ABCs ain’t one.”

In the suit, which was filed in federal court in Australia, Jay-Z claimed the retailer engaged in misleading and deceptive conduct by unlawfully using his name and lyrics for profit, TMZ reported. Jay-Z has also accused the company of copyright violations for using the lyrics to his famed song “99 Problems,” which was released in 2003.

Jessica Chiha, Little Homie’s director, released a statement on Thursday expressing her disappointment in the legal proceeding and said that the book was creating for parents to connect with children through hip hop.

“We are unbelievably disappointed to find ourselves caught in a legal battle with someone whose music we love and adore,” Chiha said in the statement. “To have someone like Jay-Z file legal proceedings is daunting beyond belief and hugely dispiriting.”

READ MORE: JAY-Z is reportedly ‘disappointed’ with Colin Kaepernick over his decision to change the ‘workout’ plan

According to The Guardian, Chiha raised $8,000 on Kickstarter to publish the “AB to Jay-Z” picture book, which refers to well-known rappers to teach the alphabet, and has since expanded to include a coloring book and clothing. TMZ reported that this is may have been the final straw for Little Homie as Jay-Z’s legal team sent a cease and desist to the retailer back in March 2018 and July this year, but they continued to use his likeness and image.

“We maintain we have done nothing wrong and intend to give it everything we’ve got for common sense and common good to prevail, to the extent we can fight the fight.”