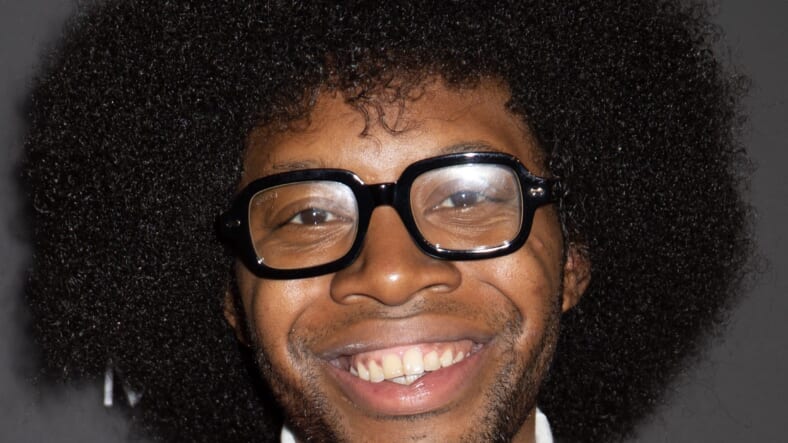 During a Q&A session following the performance of Broadway’s Slave Play, a white woman flew into a rage against Jeremy O. Harris, the Black, gay playwright, and told him she is tired of the narrative that white people are racist.

The thought-provoking and controversial play is about three interracial couples with troubled sex lives who seek out a therapy workshop that has them play the role of slave master and slave to try and resolve their sex issues. After Friday night’s performance, the woman shocked the crowd when she rose to her feet and slammed the play, according to BuzzFeed News.

In Twitter videos posted by audience members, the woman shouted that she “doesn’t want to hear that white people are the f—–g plague all the time,” BuzzFeed reported. She went on to state that she has been raped, arrested and has had her children removed from her home and told “as a single woman I’m not good enough to f—–g raise them.”

“How the f–k am I not a f—–g marginalized member of this god—- society,” she demanded of Harris.

“I never said you aren’t,” the playwright responded, according to BuzzFeed News. “I never once said that you as a white woman were not a marginalized person. But if you heard that in my play, I don’t know what to tell you. Perhaps read it or see it again.”

Just saw the amazing @SlavePlayBway by @jeremyoharris after which a white audience member jumped up and accused him of being “racist against white people.” The confrontation proceeded from there. Clips in this thread. #slaveplay pic.twitter.com/KiXbo0rdcC

“My jaw was on the floor,” said a woman who only identified herself as Sydney to BuzzFeed News. “It was really wild, but, in hindsight, I’m not surprised at all that a white woman completely freaked out and couldn’t handle the emotions she was feeling.”

Sydney said other white people seemed to agree with the woman’s outburst while many others booed and hissed their disapproval.

“She just freaked out,” Sydney told BuzzFeed News. “The videos don’t do it justice. She went off on him…she was screaming at the top of her lungs. She could not handle her own guilt or responsibility in her own feelings and she demanded that Jeremy help explain and handle her feelings.”

The unidentified woman apparently wasn’t appeased by Harris’ response and reportedly kept screaming that she was tired of people saying a “whole bunch of stuff about how white people don’t get how racist they are,” and about what happened “300 years ago,” according to the news site.

We’re just wondering if she knew beforehand what the play was about.

White fragility is a thing.