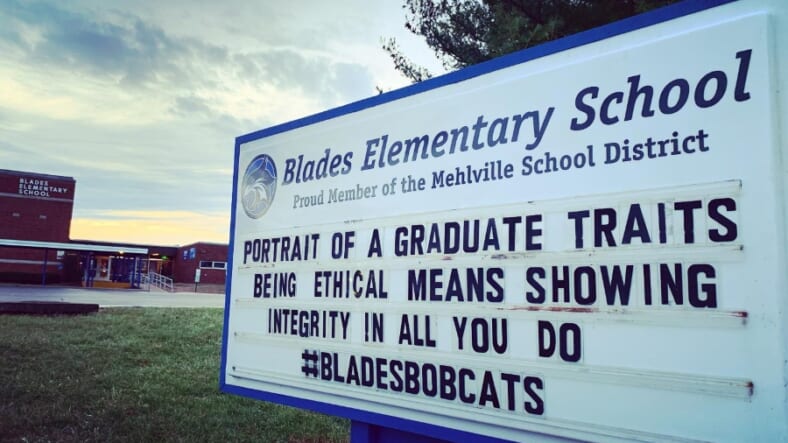 A Missouri area teacher is on administrative leave Monday after a disturbing question on a class assignment. “Set your price for a slave,” was the offensive question asked last week of fifth graders.

According to a local CBS affiliate KMOV , a Mehlville School District teacher posed the question requiring his fifth students at Blades Elementary School to put a price on slaves.

READ MORE: Students made to act like slaves during history lesson at elementary school

The offending question read in full:

“You own a plantation or farm and therefore need more workers. You begin to get involved in the slave trade industry and have slaves work on your farm. Your product to trade is slaves.

“We have to be more culturally sensitive. We can say get over a homework assignment. It’s just a homework assignment. That was 100 years ago,” said Angela Walker, who was stunned to find the assignment among in her son’s school work folder. “It was but it’s still someone else’s family. Maybe there are people who don’t see the wrong in it but we need to be talking about it.”

In response to the backlash, principal, Jeremy Booker, sent a message to parents acknowledging a “culturally sensitive’ assignment was given to fifth graders last week.”

His letter to parents and staff also explained that the assignment was completed during a lesson where students were asked to consider how plantation owners traded for goods and slaves. Of the 12 questions given in the class, that was the only one directly about the price of slaves. The 11 other questions focused on pricing grain, apples, milk, fish and other products.

The NAACP has weighed in and has requested a formal apology from school officials. They also offered their services to help train the staff.