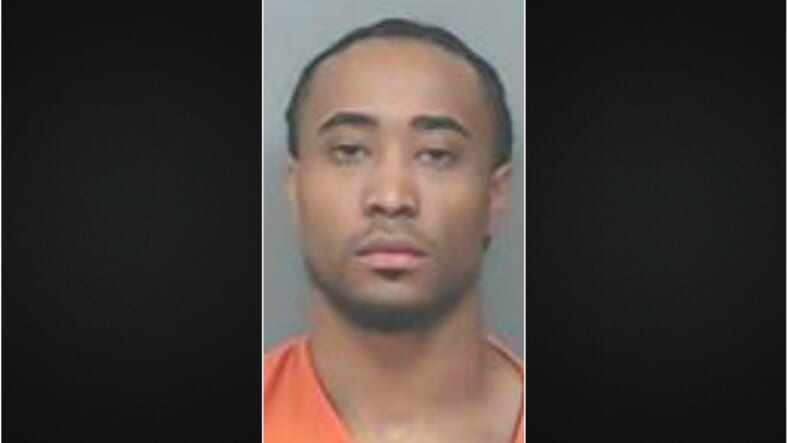 A Black man who founded a social media site, which at one point in time had 1.5 million followers, was sentenced to 14 years in jail after he was convicted of threatening to harm an Internet domain holder for refusing to release the domain name.

Rossi Lorathio Adams II, 27, who started the social media site, State Snaps, was sentenced on Monday for conspiracy to interfere with commerce by force, threats, and violence, according to a statement from the U.S. Attorney’s Office for the Northern District of Iowa, reports CNN.

The statement goes on to say that the site contains videos and photos featuring college-aged women partying in thongs and bikinis and that the imagery includes “young adults engaged in crude behavior, drunkenness, and nudity.”

State Snaps urges people to snap photos and upload them to the site under the catchphrase “Do it for State!” There was only one problem: Adams didn’t own the internet domain doitforstate.com, someone else did, and when he felt he needed it to expand his company, he did whatever it took to do so, authorities said.

In June 2015, Adams went to the Cedar Rapids home of a person identified as E.D. to try and convince him to sell the domain name. He was able to find an address for E.D. from the GoDaddy listing. When E.D. told him it was not for sale, Adams reportedly left.

Two years later, he went back to E.D’s house. When the man’s brother answered the door, the complaint states that Adams threatened the man but gesturing simulated punches with his fist into his hand, before stating: “I’m here for the name whatever it takes,” according to court documents. “I’m not leaving without it.”

After the threat didn’t work, Adams masterminded an incident at E.D.’s house in June 2017 that turned violent, according to The Washington Post.

He enlisted the help of his cousin, Sherman Hopkins, Jr., a felon, to go to E.D.’s house armed with a stolen gun. Adams had also provided Hopkins with a Taser, and written instructions to get E.J. to transfer the domain name into Adams’ GoDaddy account.

Hopkins broke into E.D.’s house, using pantyhose, sunglasses and a hat to obscure his face. Hopkins busted down E.D.’s bedroom door and pulled E.D. at gunpoint to his computer to begin transferring the domain name – all while tasing and pistol-whipping the man in his own home and threatening further violence if he went to the police.

E.D. grabbed at the gun and both men started tussling. E.D. was able to twist the gun from Hopkins’ hand and shoot him several times in the chest before calling 911.

Hopkins survived his injuries and was sentenced to 20 years in prison in June 2018 after pleading guilty to one count of interference with commerce by threats and violence.

Adams, however, wasn’t convicted until April 2019 and also faced 20 years and a $250,000 fine. However, United States District Judge C.J. Williams sentenced him to 168 months in federal prison and ordered him to pay $9,000 in restitution, roughly $4,000 toward prosecution costs and $22,000 in attorney fees, reports CNN.

Now, he’ll be spending the next 14 years in prison.