Foxy Brown rips DJ Envy for insinuating she fell off

The female rap star called the radio personality "Lil Clue," and contends he was mad she did not come to his show 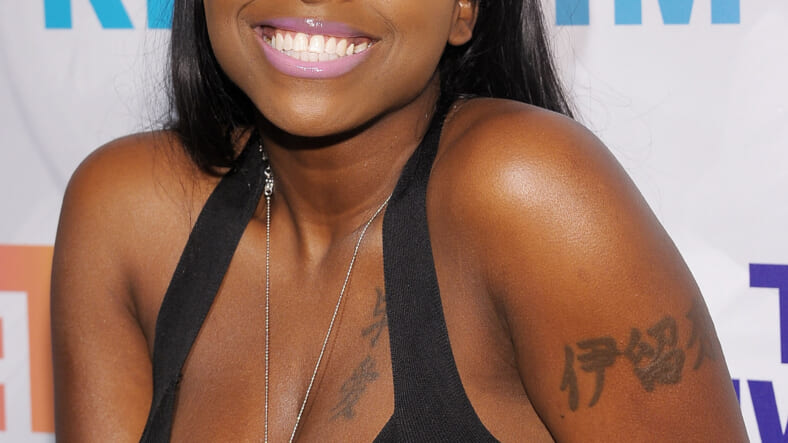 Foxy Brown is big mad at DJ Envy and the Breakfast Club.

The Breakfast Club had Don Pooh on as a guest recently and Envy asked him a ton of questions, including what happened to Foxy, whom he managed early in her career. “Whatever happened with Foxy? She had an… album and she had another album that came out and then it seemed like she just dwindled off,” Envy says to Pooh.

Pooh responded: “She was doing her thing for a while. She actually put out three albums. She’s a mom now and she just fell back a little bit. She had an issue with her hearing so she just kind of fell back so hopefully we will hear from her soon,” Pooh responded to Envy, Angela Yee and Charlamagne tha God during the broadcast, according to Complex.

Pooh is said to have discovered Foxy and the rapper, Shyne.

Apparently, the Ill Na Na rapper was listening and she didn’t like Envy’s insinuation that she fell off. Foxy, whose birth name is Inga DeCarlo Fung Marchand, fired off a since-deleted Instagram post letting him know as much.

“FISH ASS ENVY @djenvy Act stupid if u want! Damn near broke ur BACK carrying MY RECORDS & CHANEL LUGGAGE Til’ DEF JAM sent u back to the HOOD!!!” Foxy wrote in the post, according to Complex. “4 MULTI PLATINUM ALBUMS F–K BOY!!! PLAY NICE! GAVE YOU LIFE! She purposely LOW B—ch! Got injured, bussed back, BIRTHED A GORGEOUS A– BABY GIRL Cocks—– 2020 the POP OFF!!!!! AGGY cuz we ain’t do Breakfast Club! D-CKRIDER, let KING B–ch leave your mouth Dem #BROOKLYNBOYZ outside! #LIL’DJCLUE”

Nearly 15 years ago, Brown told her fans she was struggling to hear in both ears. She did have a risky surgical procedure done and it restored her hearing.

“It was really hard. I was deaf for an entire year. Completely deaf. The surgery was iffy,” Foxy told MTV News in 2006. “They didn’t know if it would be a success, and it was.”