Filmmaker wants former Mayor to recall why his administration spent nearly $6 million fighting a civil lawsuit filed by the men. Bloomberg has since issued a new statement. 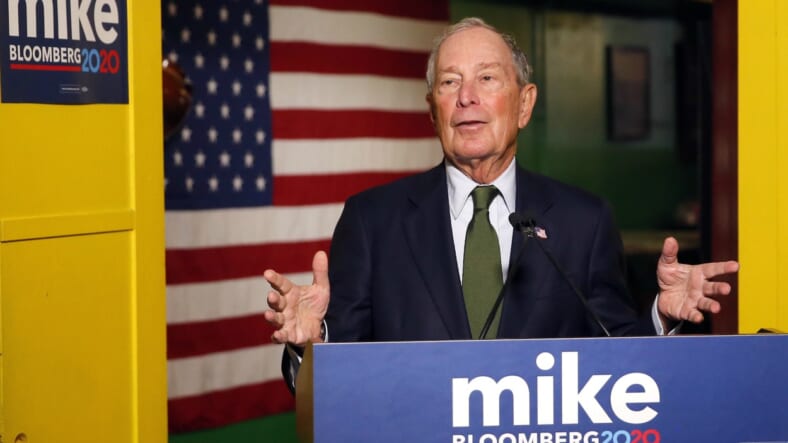 Ava DuVernay is checking presidential hopeful Michael Bloomberg for his selective amnesia over his administration spending millions in opposition to compensating the Central Park Exonerated Five.

When asked this week to give his thoughts about the NYPD and city’s handling of the Central Park Five case, Bloomberg told CBS News that “I really have no idea.” Bloomberg added “I’ve read the paper, I’ve been away from government a long time. Apparently the courts have ruled that they did not commit a crime, and that’s the final word. We just have to accept that. It isn’t a question of what anybody believes.”

DuVernay isn’t having it.

“Sir. This will not work in 2020. The non-answers. The evasion. No, sir. Take the next opportunity to be clear about what you knew, what you did and what you did not do in this case. A happy new year warning,” she posted to Twitter.

Sir. This will not work in 2020. The non-answers. The evasion. No, sir. Take the next opportunity to be clear about what you knew, what you did and what you did not do in this case.

DuVernay is closely tied to the story as she put together a Netflix docuseries entitled When They See Us on the five teenagers, now men, wrongly arrested and convicted of beating and raping a woman in Central Park in 1989. The men, who spent years in prison before their convictions were overturned, became known as the “Central Park Five.”

Bloomberg, the former mayor of New York City from 2002 to 2013, also told CBS that “there was an awful lot of evidence” against the Black and Latino teenagers.

“I think there was an awful lot of evidence presented at that time that they were involved. There’s been questions since then about the quality of that evidence. I’ve been away from it for so long I just really can’t respond because I just don’t remember. But there’s been plenty written about it, and I’d suggest you go and read some of that,” Bloomberg said.

While Bloomberg was mayor, his administration spent nearly $6 million fighting a civil lawsuit filed by the men, arguing that authorities acted in good faith, according to The Daily Beast.

In 2014, after Bloomberg left office, the men settled a civil suit with New York City for $41 million.

UPDATE 1/3/20: Since the publication of this story, Bloomberg has issued a new statement about the case.

“I believe – and the DNA shows – that these men were in jail and endured long sentences for a crime they did not commit. I understand that this case and so many like it are about the lives that were affected and the lasting scars left on individuals, families and communities. When the police made tragic mistakes when I was Mayor of New York, I met with families, spoke at funerals, and the city settled cases,” Bloomberg wrote.

“Today, I, like many others, benefit from a better understanding of how we should respond to and rectify injustice when it occurs. This case and others like it show how people –  most often people of color – in our country have been unjustly incarcerated and that’s why, as President, I will lead a major effort to overhaul the criminal justice system where it is broken and biased.”