Mother sues Franklin County Board of Education for racial discrimination 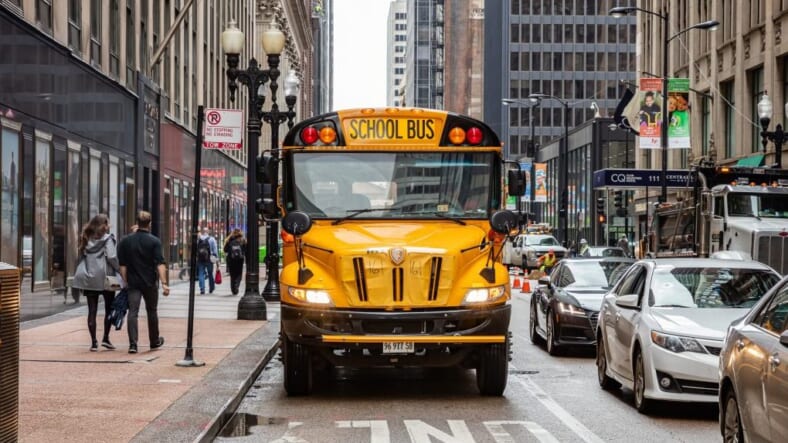 Chicago, Illinois, US. May 9, 2019: Back to school. School bus yellow color on the road, city center, spring morning

After witnessing the silence towards her son’s continuous racial bullying at school in Franklin County,  an Alabama parent is taking matters into her own hands.

A federal lawsuit was filed earlier this month by a Franklin County employee against the school board and administrators with claims of their inaction on “multiple occasions when her young, biracial son was called a ‘n—–’ by classmates and threatened with a photo of a noose,” according to AL.com.

The minor child, who is identified by his initials M.G. in court documents, attended Phil Campbell High School that includes grades 7-12 and attended both seventh and eighth grades during the 2017-2018 and 2018-2019 school years.

In the article from Huntsville Real-Time News, the mother claims that teachers and administrators made no effort of disciplining the students in question for the abuse, and “also did not discipline other white children the same way they disciplined her son.”

The lawsuit details several incidents involving racial harassment and threats towards M.G., including one incident where one of his teachers participated, and the lack of appropriate action during the school years he was subjected to a near-daily basis of “racial slurs and harassment.”

On behalf of her son, the mother filed Title VI of the Civil Rights Act of 1964 suit against the Franklin County Board of Education and three men who were employed during the incident. Title VI sites that entities that “receive federal funding are prohibited from discriminating on the basis of race, and are also required to have procedures in place for investigating complaints from people who believe they have been discriminating against,” according to AL.com.

The mother is suing on two counts of racial discrimination. Her son has since been removed from PCHS and transferred to another public school.