There are so many reasons we are looking forward to bundling up and hitting the slopes at the 2020 Sundance Film Festival.

Thanks to the long list of content coming from talented Black content creators and extensive programming from The Macro Lodge and The Blackhouse Foundation, there will be plenty of opportunities to turn up.

Immersive experiences, star-studded events, and countless film screenings abound and we’ve got the rundown of the 5 unmissable places to be and things to see this year:

There are so many titles we can’t wait to see and one such example is Justin Simian’s Bad Hair. Sundance will open with the world premiere of Bad Hair on Thursday, January 23 at The Ray Theatre in Park City. It stars Elle Lorraine, Vanessa Williams, Jay Pharoah, Lena Waithe, Blair Underwood, and Laverne Cox.

Synopsis: When an ambitious young woman is pressured into getting a weave in order to succeed in 1989’s image-obsessed world of music television, her career flourishes though it comes at a cost much greater than money.

MACRO will host a panel discussion on the film on Saturday at their In Conversation: Director Justin Simien & The Cast of Bad Hair event. 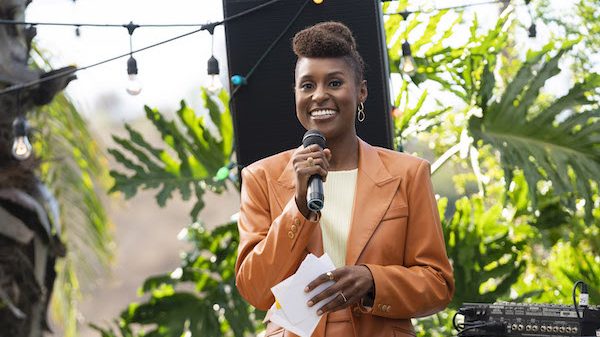 With the return of Insecure still four months away, we are so excited to get a glimpse of what’s to come in the hit show’s fourth season and there will be plenty of opportunities to do just that.

The multi-talented content creator will also be sharing her upcoming film The Photograph co-starring Lakeith Stanfield and Y’lan Noel. The film’s writer and director will sit down with Issa Rae to chat about the love story due out on Valentine’s Day. The event, The Photograph: Fireside Chat Featuring Director Stella Meghie and Issa Rae, is happening at the MACRO Lodge on Saturday and is sponsored by Universal Pictures.

Synopsis: A sweeping love story starring Issa Rae and Lakeith Stanfield about forgiveness and finding the courage to seek the truth, no matter where it may lead you.  Meghie and Rae come to discuss their new film that will debut in theaters nationwide on Valentine’s Day 2020.

The notoriously private couple is rarely spotted out together but that may change at Sundance. The talented duo has been hard at work and they’re both ready to share their projects with the world. That means multiple chances to see their work, hear them speak at their panels, and it’s likely we’ll spot them together at one of the zillion amazing events throughout the week.

Kerry Washington is unveiling her film The Fight at the festival and appearing at the MACRO Lodge on Friday for the Celebrating The Fight event.

CAA Amplify and The Ford Foundation partner to host a reception to celebrate Kerry Washington and the premiere of The Fight, an inspiring and emotional insider look at how the ACLU’s battles to protect our civil liberties and the legal gladiators on the front lines fighting them.

The delicate meld of romance and music transcends this sweeping romantic story through changing times, geography, and professional success. The filmmakers as well as stars Tessa Thompson and Nnamdi Asomugha stop by the lodge to talk about the film, an ode to the unstoppable force of love in our lives. 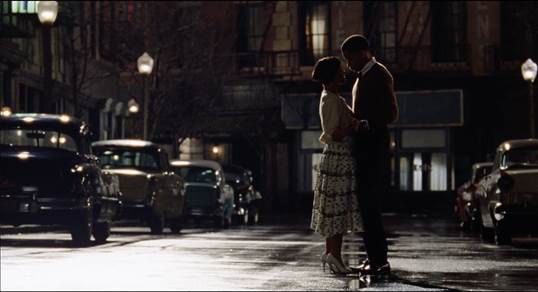 HBO, TNT and TBS will host Our Stories to Tell, a 3-day pop-up experience that will celebrate their commitment to multicultural storytelling, creators and audiences. This multi-day event will take place during the first weekend of Sundance beginning Friday, January 24 through Sunday, January 26th and will be located in the heart of Main Street.

Programming highlights during Sundance include an exclusive dinner honoring Black Women in Hollywood with participating talent Issa Rae, Yvonne Orji, Robin Thede, and Lena Waithe and a conversation with the stars of Insecure to discuss the upcoming fourth season.

Audible will host their first-ever Audible Speakeasy and there, guests will be invited to relax through daily, 30-minute sound baths hosted by a leading voice in sound bath experiences, Sara Auster. Guests will be introduced to sound meditation with guided instructions focused on breathing practices.

On Sunday, the Audible Speakeasy will present the Transcendence of Narrative Panel, hosted by the Los Angeles Times. Celeb participants include Tessa Thompson, Nnamdi Asomugha, Colman Domingo, and Justin Simien.

Los Angeles Times writer Mark Olsen will lead a conversation about how great narratives can be told and retold, exploring how different storytelling formats inspire and inflect creation and provide new opportunities and challenges.

The Blackhouse Foundation once again returns to the Sundance Film Festival and this year welcomes Facebook as the Presenting Sponsor and Strayer University and Warner Media as Premier Sponsors.
Facebook will be on the ground at The Blackhouse workshopping with and creating content to promote black filmmakers and their stories at the festival. The Blackhouse Foundation also returns to the Filmmaker Lodge with another slate of its history-making programs. The Sundance staple will host numerous exclusive events this year including brunches, parties, panels, and sneak peeks at some of the most highly-anticipated content this year.
Warner Media will welcome the fam to the festival at the Meet The Filmmakers Party on Friday night. On Saturday, they’ll host a low-key conversation with Issa Rae and Prentiss Penny who will spill secrets on the upcoming season of Insecure.
On Sunday, Warner Media will host their See Yourself In The Work We Do Brunch and we’re sure it will be one of the highlights of the weekend. Later, BET will present their panel Project CRE8: A Meditation on Dreaming.
OWN will host a brunch on Monday morning that highlights its next televisions series from Ava DuVernay Cherish The Day.
Share: