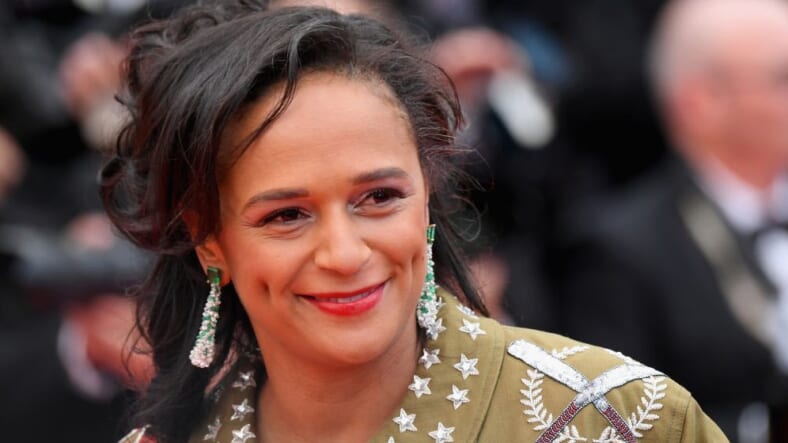 CANNES, FRANCE - MAY 14: Isabel dos Santos attends the screening of "BlacKkKlansman" during the 71st annual Cannes Film Festival at Palais des Festivals on May 14, 2018 in Cannes, France. (Photo by Emma McIntyre/Getty Images)

EuroBic, the Portuguese bank where Isabel dos Santos is the biggest shareholder, has announced it is ending its commercial relationship with dos Santos, Africa’s richest woman and the daughter of Angola’s former president, José Eduardo dos Santos.

Following widespread coverage of more than $57 million in questionable bank transfers by dos Santos and pending corruption charges by Angola’s government, EuroBic’s Lisbon branch announced that its board of directors had voted on Monday to “terminate the commercial relationship with entities controlled by the universe of the shareholder Isabel dos Santos and people closely related to it,” according to the BBC.

The swift move by EuroBic came about after 700,000 pages of leaked documents on Sunday shined a light into dos Santos’ business dealings and how she obtained her wealth – estimated at $2 billion – across land, oil, diamond and telecommunications industries. The documents reportedly showed how dos Santos was given lucrative deals in each of those industries.

For example, the leaked documents allegedly show that in November 2017, while dos Santos was chairwoman of Sonangol, Angola’s state oil company, she transferred more than $57 million from Sonangol to a bank account of a Dubai company that was owned by one of her friends, according to The Times. But dos Santos claims the transfers went to consultants and accountants from PwC, formerly PricewaterhouseCoopers, Boston Consulting Group, and McKinsey & Company. The three companies have cited client confidentiality and refuse to provide billing details to back up dos Santos’ assertion, newspapers report.

Nearly two-thirds of the transferred amount — $38 million — was reportedly transferred after Angola’s new president announced she was being fired from Sonangol, the documents reveal, according to The New York Times. The transfers emptied out Sonangol’s account at EuroBic.

The bank now says it will audit the November 2017 transfers.

On Monday, Angola’s attorney general announced that the government would “use all possible means” to bring dos Santos back to the country to face potential corruption charges, according to  The New York Times. The Angolan government has also frozen dos Santos’ assets, as well as her husband’s and a third business partner, claiming the three bilked the country out of more than $1 billion.

Following the leaked documents and the media coverage, dos Santos said she is innocent of all wrongdoing.

“The ICIJ report is based on many fake documents and false information, it is a coordinated political attack in coordination with the ‘Angolan Government,’” dos Santos tweeted. “715 thousand documents read? Who believes that?”