Detroit man who won a racial discrimination settlement, now suing bank for not cashing the check

Sauntore Thomas says that the Detroit TCF bank location called the police on him. 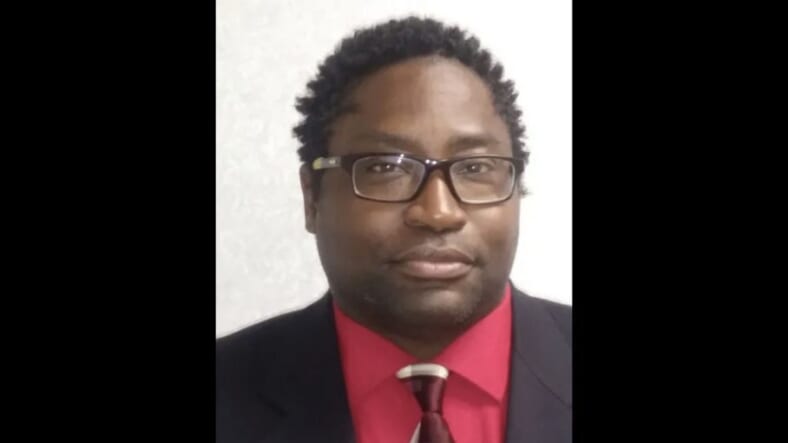 Sauntore Thomas, 44, of Detroit, sued TCF Bank on Wednesday, Jan. 22, 2019, alleging it refused to deposit his check from a race discrimination lawsuit he settled because he is black. (Photo: Law firm of Deborah Gordon)

Sauntore Thomas of Detroit recently won a settlement from his former employer, after he slapped them with a racial discrimination lawsuit. This week, when he went to the bank to cash the check, the bank refused to cash it and instead called the police on him.

Now Thomas says he’s also suing TCF Bank for race discrimination after the Livonia branch refused to cash his check, instead the bankers called the police and started a fraud investigation, according to the Detroit Free Press. Thomas said he has been an account holder at the branch for almost two years.

Thomas told the Free Press he was humiliated by the experience, which came after he was still reeling from a federal lawsuit he had lodged against his former employer, Enterprise Leasing Company of Detroit. He said while at the TCF branch, two officers questioned him and two others were outside the bank on guard.

“I didn’t deserve treatment like that when I knew that the check was not fraudulent,” Thomas told the Free Press. “I’m a United States veteran. I have an honorable discharge from the Air Force. They discriminated against me because I’m Black. None of this would have happened if I were white.”

While at TCF in Livonia, Thomas said he phoned his lawyer, Deborah Gordon, to explain to bank employees that his check was legit. But the bank didn’t believe her either.

“I got on the phone with the bank. I sent them my federal court complaint, to see that it matched. I did everything,” Gordon told the Free Press. “Obviously, assumptions were made the minute he walked in based on his race. It’s unbelievable that this guy got done with a race discrimination case and he’s not allowed to deposit the check based on his case? It’s absolutely outrageous.”

“They could have just called the bank that issued the check, and they apparently didn’t do anything because it would have all been verified immediately,” Gordon added.

READ MORE: The largest Black-owned bank in the U.S. is rolling out new ways to #BankBlack

Police told Thomas that the computer system at TCF bank read the settlement check as fraudulent. However, Thomas said that this is doubtful since he had no problem at all depositing the check at a Chase bank in Detroit that same day. Thomas said he opened an account at Chase and made the deposit, and his money was available within 12 hours.

Thomas said he could not disclose the amount of the settlement check because it was issued as part of a confidential agreement.