“I took this job and I’m here because I could not sit on the sidelines and pontificate about the work that other people were doing.” 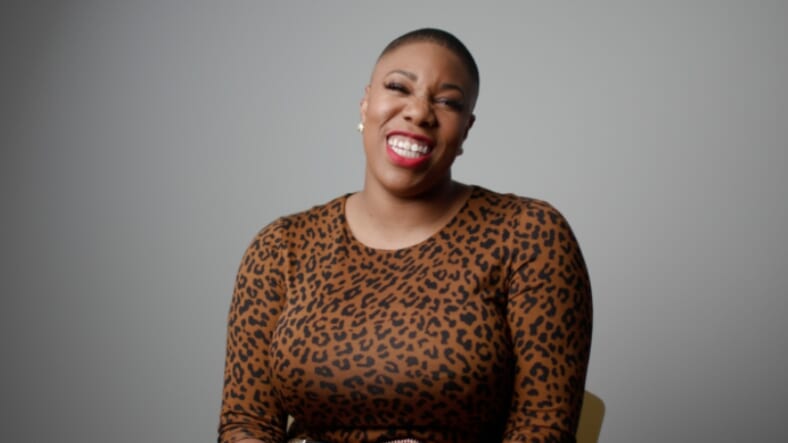 Black women may not have a Shirley Chisholm this election, but all the best democratic candidates have a brilliant Black woman by their side.  We got to know them in our new series Power Players: Black Women Are Running Election 2020.

A force to be reckoned with in the political sphere, Symone Sanders is described as ‘the kind of millennial Democrat the party needs to take back the White House.’

Sanders is an Omaha, Nebraska native and a 2014 graduate of Creighton University. Upon graduating, she became a columnist for Omaha’s black-owned newspaper, Omaha Star. Shortly after, Sanders joined the campaign for Nebraska’s Democrat Chuck Hassebrook at the age of 23. She worked as the campaign’s communications assistant and quickly worked her way up as the director with one goal in mind — to elevate the candidate and win.

Today, Sanders, now 30, is a household name and known for her work as a political strategist and as a former CNN political commentator. Her passion and certainty for a career in politics have landed her the role as a Senior Political Adviser to Vice President [and current Democratic candidate] Joe Biden.

“I took this job and I’m here because I could not sit on the sidelines and pontificate about the work that other people were doing,” Sanders proudly states.

Before taking on her senior position with candidate Biden, Sanders made headlines after she left Bernie Sanders‘ campaign as his press secretary. Many people questioned her decisions and became skeptical of her political ties due to both candidates running for President. Sanders made it clear that the decision to switch was hers alone and based on her personal values at the time. She also believes that oftentimes, political parties are tied to the actual candidate and not their values. Sanders feels that Biden is the right candidate to beat Donald Trump and is confident in his political views and agrees with his goal to ‘restore the soul of the nation’.

Biden is running on the stances of expanding healthcare coverage, raising the federal minimum wage, making college more affordable, and eliminating private prisons. Sanders believes that Vice President Biden is more than capable of rebuilding the backbone of this nation and reasserting the U.S.’s presence on the world stage. “That’s why I’m here.”

Along with her resume and unmatched work ethic, Sanders is known for simply being herself. Whether she’s showing up in a cheetah print dress or a traditional black pants suit, she firmly believes in showing up as your whole self and encourages other individuals to do the same. “I just remind young people, whether they want to go into politics or business — whatever it is, your authentic self is what we need.”