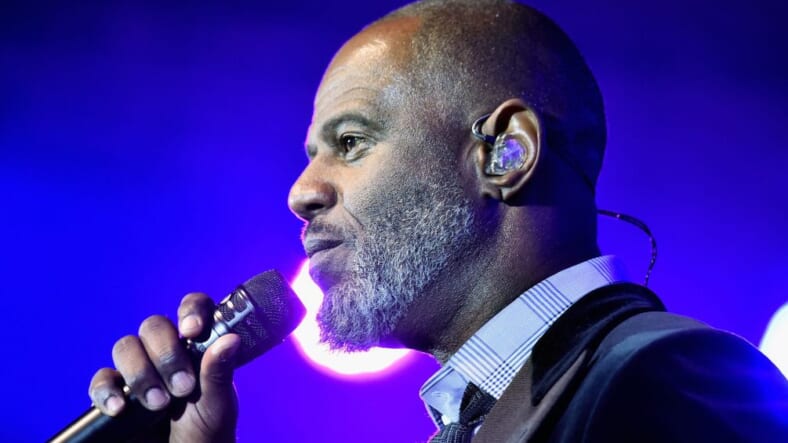 As millions worldwide continue to mourn the tragic loss of Kobe Bryant, his daughter Gianna and seven other passengers who died in a helicopter crash last month, legendary crooner Brian McKnight has penned a touching tribute the NBA star.

In a video posted on Instagram, the singer beautifully sang the lyrics to a song titled Can’t Say Goodbye as he played along on his acoustic guitar.

READ MORE: A week after the tragic crash, the remains of Kobe Bryant, Gigi and others are released to their families

McKnight noted that in his heart he can’t take credit for writing the song because it feels as if it wrote itself; carefully finding ways to say “goodbye” to Bryant without ever saying the actual word.

“It’s been a tough week,” he says before playing the new track. “You know I don’t think I’ve ever seen in my lifetime, the whole world, light a candle together and feel exactly the same way about the passing of our brother Kobe Bryant and his daughter, Gigi, and the seven other folks on the helicopter.”

Then, he begins to sing bittersweetly, “Someone like you comes only once in a lifetime.”

Longtime McKnight fans know that he wasn’t just a fan of Bryant. In 1998, the pair collaborated on a song called Hold Me, which features Bryant – who had a short-lived stint as an aspiring rapper – spitting a verse near the end of the single.

“Stay strong, pride telling me move on, my heart’s fighting me, forcing me to hold on,” Bryant raps. McKnight who is a huge Lakers fan in general, also once honored Bryant in another song entitled, I Love LA which featured tons of footage of the athlete doing what he does best.