Tiffany Haddish, Byron Allen, Shaun Robinson, and more on who SHOULD have been nominated for Oscars this year 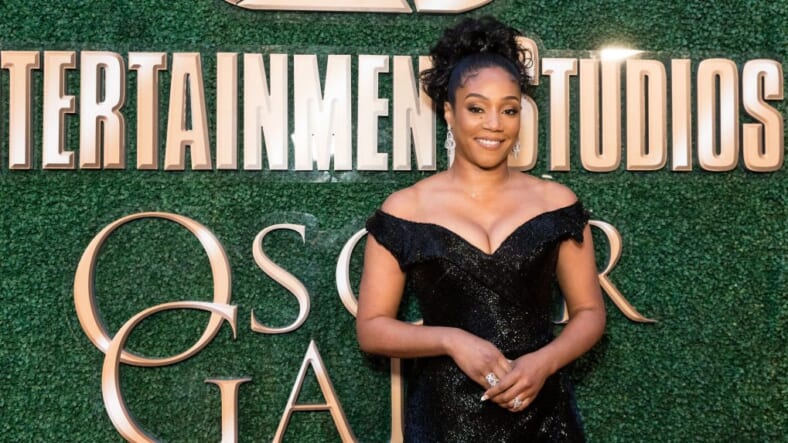 This year’s Oscars ceremony was shrouded by a major lack of diversity when it came to this year’s nominees, proving #OscarsSoWhite is still a major issue despite the fact that Hollywood is more diverse than ever.

TheGrio caught up with celebs on the red carpet at Byron Allen’s 4th Annual Oscar Gala benefitting Children’s Hospital Los Angeles to find out who should have made the list of contenders.

“I thought Jamie Foxx was just incredible in ‘Just Mercy’,” said actor and journalist Shaun Robinson. “Granted he has an Oscar already, but I just thought he was absolutely incredible. I thought the performance was phenomenal. But also, in terms of who would I pick, it goes back to that other conversation about where are all the movies and all the performances we didn’t get to hear about that didn’t get all the publicity?”

Robinson brought up a great point. There are many works of art that viewers probably missed this year due to a lack of representation. Comedian Tiffany Haddish, on the other hand, thinks the Oscars needs to take a look back at Black cinema that was previously overlooked during its time.

“I think Loretta Divine deserves an Oscar, personally,” said Tiffany Haddish. “Waiting to Exhale deserves an Oscar for Best Picture. I’m just saying. They should create a throwback category for movies from like 20 years ago, 15 years ago that were hot and let people vote on that.”

Why Tiffany Haddish, in self-exploration, is preparing for her Bat Mitzvah

Not a bad idea considering Angela Bassett still needs an Oscar, too. We’re crossing our fingers for next year.

Check out the video above.