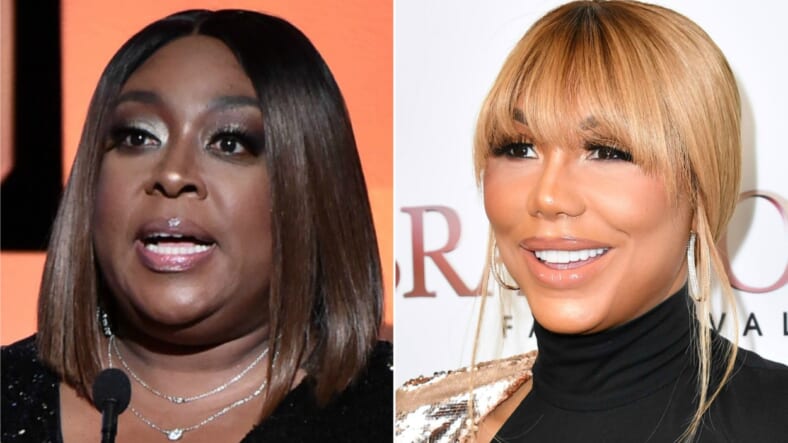 Monday, Love, Tamera Mowry, Amanda Seales, Adrienne Bailon, and Jeannie Mai were all on deck for the show’s milestone episode and even became a bit teary-eyed while reflecting on their years of hard work.

“You also think that when you get a talk show, you think you have to say everything right and you don’t want to piss people off,” admitted Mai whose personal life, including her painful divorce and new relationship, have all become fodder for their viewers. “You also don’t want to expose your life because you aren’t doing everything perfect. We have shared every single thing that we’ve been through.”

This is when a visibly emotional Love interjected, “We also want to say something. I want to say Tamar Braxton, you are still our sister. This is your 1,000th episode too.”

When the show premiered in 2013, Braxton was one of the five original hosts but was then unceremoniously fired in 2016 resulting in years of back and forth between her and her former colleagues. In October 2018 the remaining hosts appeared on The Breakfast Club and attempted to share their side of the story about the singer’s exit.

“I think she’s embarrassed, she knows the truth,” Love said at the time. “If you don’t like us, if you thought we had you fired, why would you sit with us when we all got nominated for an Emmy? We all loved her. We were all together with her…we supported her, nobody was jealous.”