Congregants turn their backs on Bloomberg during appearance at Selma church

Congregants of Brown Chapel AME Church held a silent protest against the presidential candidate during his visit on Sunday. 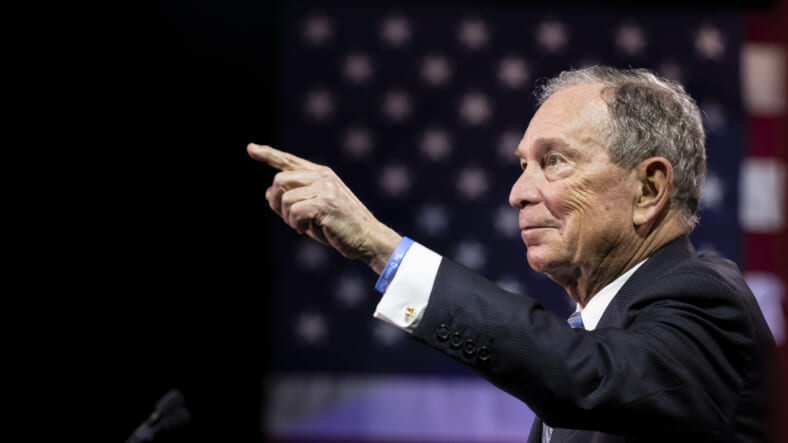 Congregants of Brown Chapel AME Church in Selma, Ala., held a silent protest by turning their backs on 2020 presidential candidate Michael Bloomberg during his visit on Sunday.

Prior to taking to the pulpit, Bloomberg was introduced to the church (and brought up to the alter) by Reverend Leodis Strong. During a warm introduction to the former New York City mayor, the pastor recalled previously inviting him to the church.

Bloomberg, however, declined that invitation due to a scheduling conflict.

“I think that it’s important for Mr. Bloomberg, Mayor Bloomberg, to hear from you, listen to you, to learn from you,” Reverend Strong told churchgoers, according to CBS News.

“Let me just say this. I think it’s important that [Bloomberg] came,” Strong continued. “And it shows a willingness on his part to change. And I like that, and I think that that is important.”

After Strong’s introduction, Bloomberg then went on to speak in front of the congregation, addressing everything from voter suppression, to the ongoing fight for civil rights.

However, about 10 minutes into his speech, a number of congregants stood from their seats and turned their backs to the altar, silently protesting Bloomberg. They remained standing until the very end of his remarks.

READ MORE: OPINION: Why My first time at the National Museum of African American History and Culture was Emotional

Brown Chapel AME Church is a historical site in Selma, as it was a frequented meeting place for many activists during the civil rights movement.