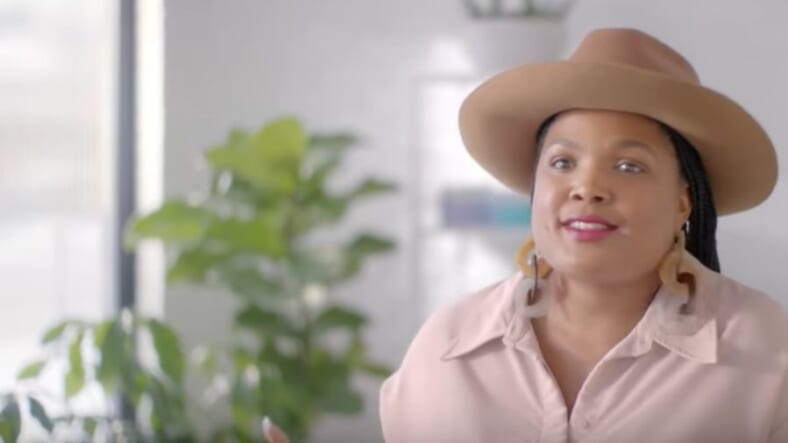 A Black-owned company selling feminine hygiene products has seen sales more than double following backlash from angry white people over a commercial in which the owner said she hoped her company inspires more Black girls to dream big.

When Target released the ad during Black History Month, it sparked a flood of angry and racist online reviews. Ironically, it accused the Honey Pot Company of being racist to white people.

“I can’t support a company in good faith that is openly racist about their customers,” one review on Trustpilot, a customer review website, said.

However, Honey Pot’s founder Beatrice Dixon told BuzzFeed News that sales have doubled from Feb. 4, when the ad ran, to Monday. Dixon said sales are 40% to 50% higher than what they would be on an average day.

Dixon says in the touching ad: “The reason why it’s so important for Honey Pot to do well, is so the next black girl that comes up with a great idea, she could have a better opportunity. That means a lot to me.”

That resonated with Black users of the products but angered white ones.

“I’ve used this brand for years now and I’ve always been satisfied with the results,” another reviewer wrote on Trustpilot. “If they really think that only black women should be empowered and white women should be left out then that’s a huge step backward from the open and friendly society we tried to create over the last decades. I can’t support a company in good faith that is openly racist about their customers.”

Others used the opportunity to express their inner racism by calling Dixon racist slurs, including the n-word.

READ MORE: Are Black media companies being blocked from business?

Dixon said she’s not taking any of it personally. She said there was nothing racist about the ad and she stands behind it. She added that she can’t expect white women “to understand the plight of what it is to be a black woman co-founder in business.”

Target is in Dixon’s corner. A spokesperson said while Target is aware of “some negative comments about the campaign,” the response to the ad has been “overwhelmingly positive” and was inspired by Dixon’s story.

“Target has a longstanding commitment to empowering and investing in diverse suppliers that create a broad variety of products for our guests,” Target wrote in a statement released to BuzzFeed News. “We’re proud to work with Bea Dixon and The Honey Pot team to highlight Bea’s journey to build her brand and bring her products to Target.”