DaBaby’s Tampa concert was over before it started after he was booed out of the venue for assaulting a fan as he made his way to the stage. 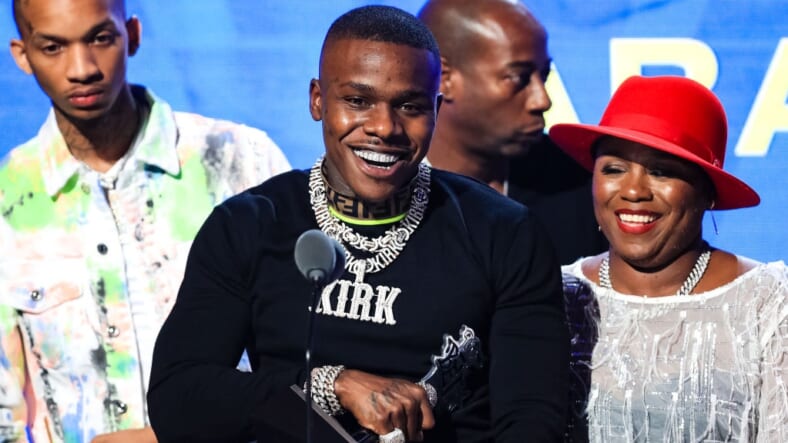 DaBaby’s Tampa concert was over before it started after he was booed out of the venue for assaulting a fan as he made his way to the stage.

The “Suge” rapper was scheduled to perform at Whiskey North for Tampa stop of his Up Close N Personal tour. As he worked through the crowd, a woman seemingly attempted to get a picture of the rapper. Little did she know, she would be on the receiving end of a slap.

The crowd began to boo the rapper, which resulted in DaBaby and his entourage exiting without doing the performance, TMZ reports.

“I got $10,000 for whoever got a good angle of shawty hitting me in the eye with her phone,” DaBaby said in the video.

#PressPlay: #DaBaby offers $10k to anyone who can provide him with a different angle showing why he smacked a fan after a viral video shows the incident from last night!! (SWIPE)—(?: @t9bitxh)

He would also share the video and write “who know shawty government name so my lawyer can get active.”

Police showed up to the venue in response to an assault call but no arrests were made.

This past January, DaBaby was arrested and booked into a Miami-Date County jail for assault and robbery of a local concert promoter Kenneth Carey, The Miami Herald reports.

DaBaby, born Jonathan Kirk, agreed to perform at the Broward nightclub for $30,000 but he was only paid $20,000. DaBaby and his crew were said to have attacked the promoter and another man taking his iPhone, credit cards and $80 in cash.

The attack ended with a member of DaBaby’s crew pouring juice on the promoter. The rapper and his team then left the scene. They would later return to the Novatel Hotel where DaBaby was identified and taken into custody.

The battery charges were dropped on Wednesday but he is still facing robbery charges, TMZ reports. Carey also has a lawsuit out against DaBaby for more than $6 million.