Governor Andrew Cuomo introduces the 'NYS Clean' hand sanitizer, says that this prison-produced product is better than anything 'currently on the market' 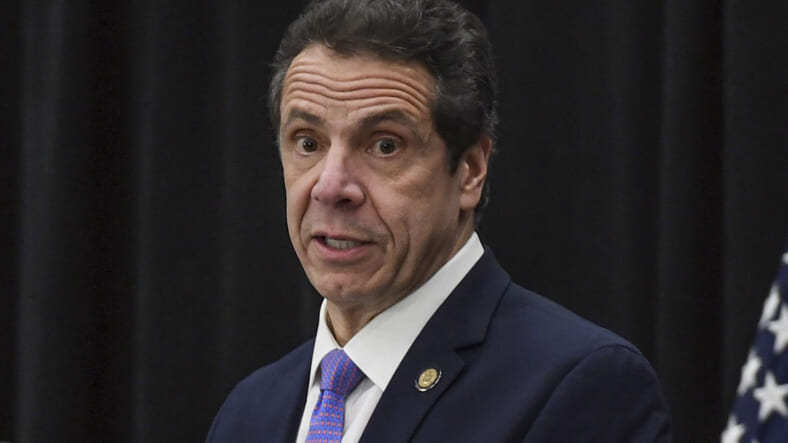 Governor Andrew Cuomo announced the “NYS Clean” hand sanitizer during a press conference on Monday, boasting that it’s a better product than what’s currently on the market. NYS Clean is made up of 75 percent alcohol and scent, superseding recommendations from the Centers for Disease Control and Prevention (CDC), which calls for 60 percent alcohol content, reports TIME.

Cuomo also slammed companies for price gouging their products to take advantage of people’s fears at contracting the quickly-spreading virus as well as capitalizing off of shortages.

“To Purell and Mr. Amazon and Mr. Ebay, if you continue the price gouging, we will introduce our product which is superior to your product and you don’t even have the floral bouquet,” Cuomo said, according to TIME. “So stop price gouging.”

Cuomo said New York state prisoners could make 100,000 gallons of NYS Clean a week, for $6 a gallon. He said the product is being sent to and used across government agencies, the Metropolitan Transportation Authority (MTA), schools, and prisons, but that it won’t be sold to the public, according to TIME.

It’s not exactly known how much prisoners are being paid to make NYS Clean. However, in New York, inmates receive between $0.10 to $0.33 an hour and work six-hour days, according to the Prison Policy Initiative. On its website, Corcraft says its goal is to “prepare offenders for release through skill development, work ethic, respect, and responsibility.”

“Wow. Considering that many incarcerated men & women are subjected to inhumane conditions, including no hand soap, & hand sanitizer is banned in most prisons, this is especially demeaning, ironic & exploitive,” tweeted Rep. Ayanna Pressley (D-Mass).

Wow. Considering that many incarcerated men & women are subjected to inhumane conditions, including no hand soap, & hand sanitizer is banned in most prisons, this is especially demeaning, ironic & exploitive. https://t.co/LnYHP0QbFb

“Forcing prisoners to work while paying them pennies on the dollar is slavery,” responded Bunny.

“And this is absolutely deplorable – using prison labor is a human rights violation and crime under international law. It should not be touted as “helping” it is coercion and wrong,” tweeted Danni Askini.

New York had 142 confirmed cases of the coronavirus as of Monday, according to Cuomo. Most of New York’s cases are in Westchester County, where at least 98 people are infected. New York City has at least 19 infected people. Eight New Yorkers are currently hospitalized with the illness, TIME reported.