The former VP and Democratic presidential candidate also vowed to choose a woman as his vice president. 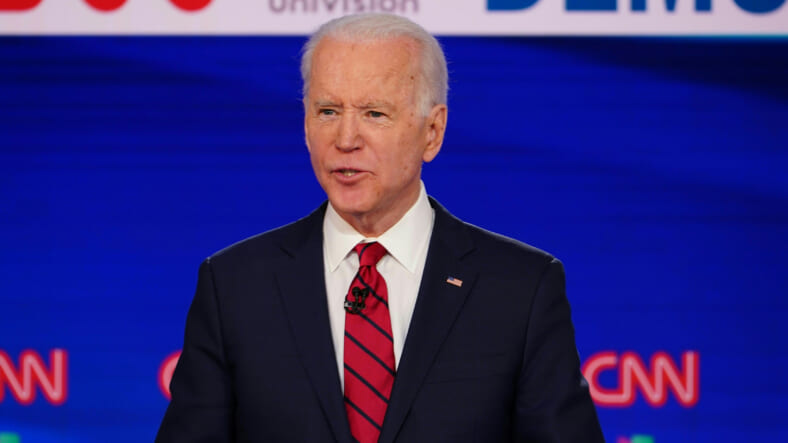 Democratic presidential candidate Joe Biden committed on Sunday night to choosing a woman as his vice president and vowed that he would make history by appointing the first Black woman to the Supreme Court.

Biden made the bold campaign pledges during his CNN primary debate against opponent Sen. Bernie Sanders, after a voter asked the candidates how their respective cabinets would address women’s “physical and financial health.”

“Number one I committed that if I’m elected as president and have the opportunity to appoint someone to the courts, I’ll appoint the first Black woman to the Court. It’s required that they have representation now — it’s long overdue,” Biden said.

He added, “Secondly, if I am elected president my cabinet, my administration would look like the country. And I commit that I’ll pick a woman to be vice president.

“There are a number of women who are qualified to be president tomorrow.”

When CNN’s Dana Bash pressed Sanders if he, too, would make a commitment to pick a woman as his VP, Sanders replied that “in all likelihood I will.”

This isn’t the first time that Biden has mentioned wanting to choose a woman to join his presidential ticket if he were to nab the Democratic Party’s nomination. It does, however, appear to be the first time he’s committed to selecting a Black woman judge to the highest court in the land.

After the debate, Biden’s campaign posted a graphic on his Instagram account that read, “My Vice President Will Be A Woman” — cementing his campaign promise in social media history.