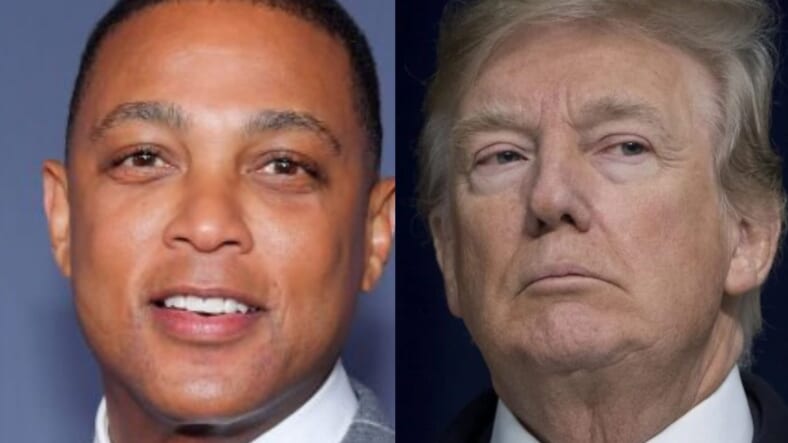 Earlier this month, President Donald Trump was dismissive of the warnings about the coronavirus and accused Democrats of overinflating its severity. CNN Tonight host Don Lemon has called out the POTUS for “gaslighting” the American public for belatedly taking it seriously.

Tuesday, Trump boasted to the press that he’d “always” acknowledged the severity of the virus and “felt it was a pandemic long before it was called a pandemic.” Lemon used his platform to issue a scathing response.

“That is gaslighting, pure and simple,” the host explained to viewers. “The president of the United States is gaslighting you, and you deserve to know.”

Lemon then went on to check off the many ways Trump had completely backtracked on previous statements regarding the international health crisis.

READ MORE: What Trump can learn about leadership from Obama

COVID-19 by any other name…

Monday afternoon, Trump held a press conference and warned that America could be headed toward a recession and encouraged Americans to practice social distancing. He later took to Twitter later to add that the federal government would support numerous industries that are suffering as a result of the coronavirus.

“The United States will be powerfully supporting those industries, like Airlines and others, that are particularly affected by the Chinese Virus. We will be stronger than ever before!” Trump tweeted.

The United States will be powerfully supporting those industries, like Airlines and others, that are particularly affected by the Chinese Virus. We will be stronger than ever before!

Officials, as varied as the head of the Centers for Disease Control and Prevention to New York City Mayor Bill de Blasio, blasted Trump’s “China Virus” phrase as wrong and dangerous in drawing an association between the potentially deadly disease and Chinese people. De Blasio warned that the tweet falsely places blame on China and could endanger Asian Americans.

“If you’re looking for someone to pin this crisis on, try the guy who made up a phony Google website or promised testing kits that he STILL hasn’t delivered,” de Blasio tweeted.

“Our Asian-American communities — people YOU serve — are already suffering. They don’t need you fueling more bigotry.”

Chinese officials condemned Trump’s tweet, incredulous that he keeps bringing up China as the United States also struggles to contain the virus and the federal government fails to lead.

“The U.S. should first take care of its own matters,” said Geng Shuang, a spokesman for China’s Foreign Ministry, according to NBC News.