Whoopi and Bernie clash on ‘The View’: ‘Why are you still in the race?’ 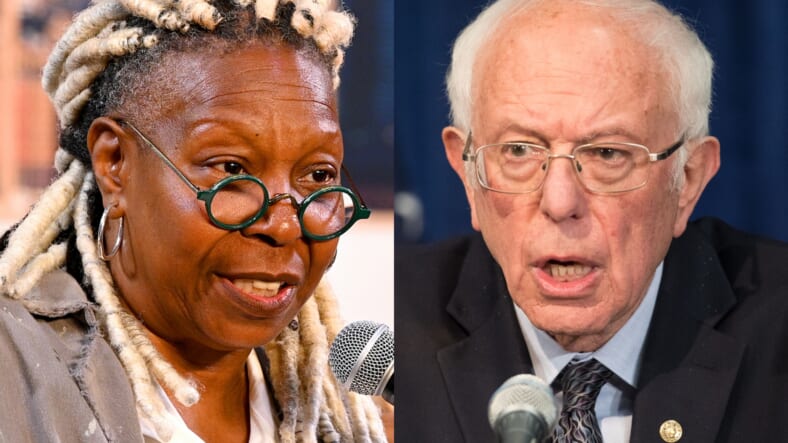 Things got heated on Wednesday’s episode of The View when host Whoopi Goldberg pressed Bernie Sanders to answer the question, “Why are you still in the race?” during a live interview.

Focusing on his future plans as president regarding the coronavirus pandemic, an obviously flustered Sanders began to map out his plans, only to be repeatedly interrupted by Goldberg.

Goldberg, who publicly supports Joe Biden, was adamant about one thing only: finding out why Sanders hadn’t dropped out of the race yet.

“I have to ask you this question now because I have been watching to see what you were going to do, and I’m told that you intend to stay in this race for president because you believe there is a path to victory,” Goldberg said.

“I want to know what that path is because this feels a little bit like it did when you didn’t come out when Hillary Clinton was the person folks were going for.”

She kept her foot in his neck! pic.twitter.com/h6tch7ucYg

As Sanders began to speak, Goldberg inquired, “Can you explain why you’re still in the race and what this path is that you see?”

“That’s not quite accurate,” Sanders responded. “I worked as hard as I could for Hillary Clinton.”

When Sanders started to map out his ideas for his path to the nomination, Goldberg interrupted, “Just so we’re clear, you worked for Hillary,” she said, “but it took you a very, very long time to hop in…and your people also, it took a very long time for them to hop in.” 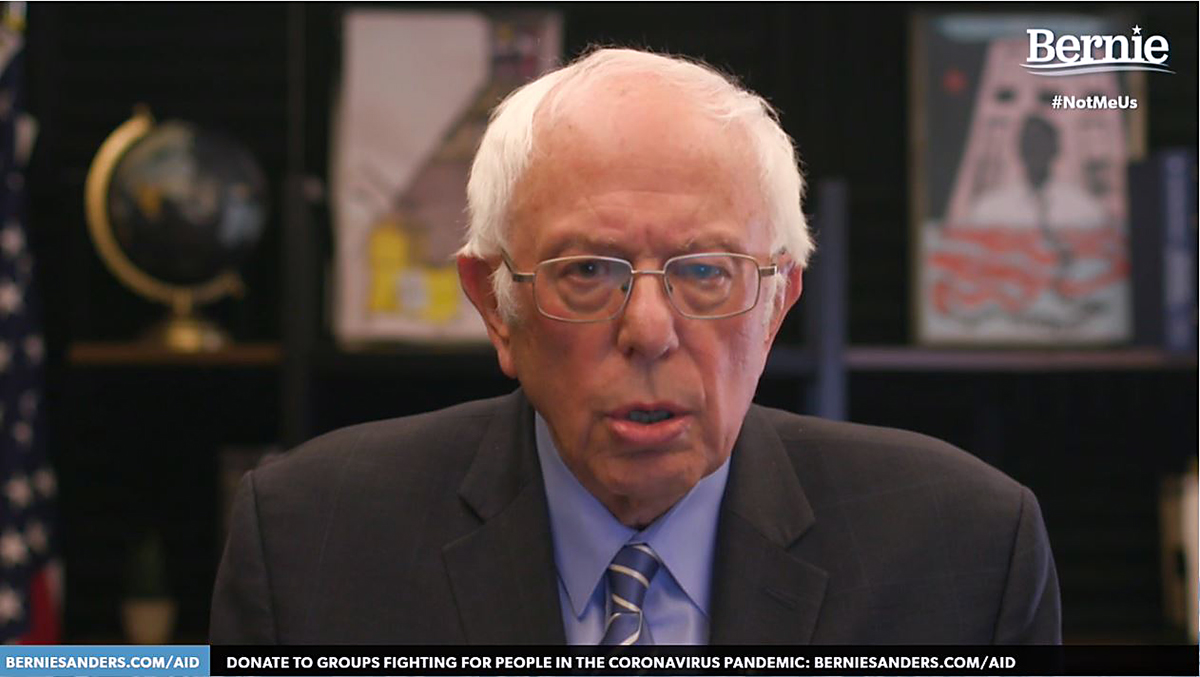 In this screengrab taken from a berniesanders.com webcast, Democratic presidential candidate Sen. Bernie Sanders (I-VT) talks about the coronavirus stimulus bill on March 25, 2020 in Washington, D.C. The Senate today passed a $2 trillion package to provide relief to businesses and individuals impacted by the economic shutdown in response to the COVID-19 pandemic. (Photo by berniesanders.com via Getty Images)

Taken aback, Sanders responded that he doesn’t “accept that characterization,” causing Goldberg to repeat her question again, this time more firmly: “Why are you still in the race?”

“We are assessing our campaign, as a matter of fact, where we want to go forward, but people in a democracy do have a right to vote.  And right now in this unprecedented moment in American history, I think we need to have a very serious look at how we need to go forward.”

As the senator began to detail the stimulus package that he is currently crafting to assist working-class Americans, Goldberg insistently asked him if it would be “smarter” for him to focus on that (stimulus plan) instead of splitting his time with a presidential campaign.

“Well we are doing it, believe me,” Sanders replied. “I’m sitting in my house right now. I’m not holding a rally in Wisconsin because of the nature of campaigns.”

Goldberg cut him short once more to ask, “So your plan is to stay in, yes?”

“Well, for the fourth time,” the flustered senator replied, “we are assessing the campaign.”