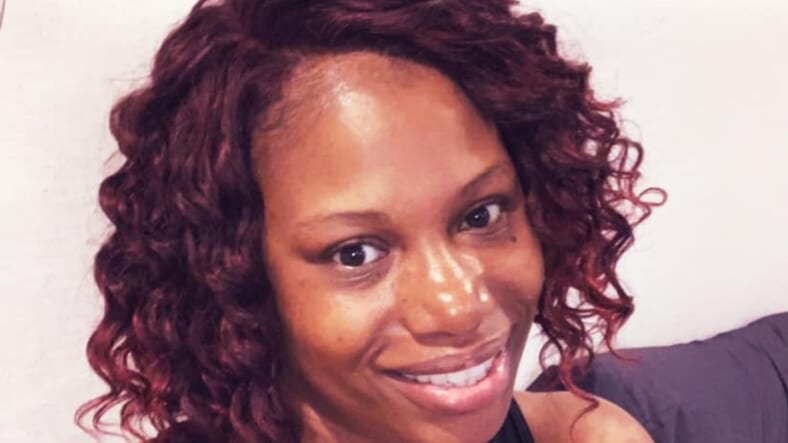 A former Facebook diversity recruiter has filed a $100 million lawsuit against the social media platform, alleging she was discriminated against based on her race and disability.

Anastasia Boone Talton, a senior talent acquisition specialist who was reportedly hired to diversify Facebook, filed the lawsuit on March 17 in California’s San Mateo Superior Court. She’s suing her former employer for discrimination and harassment, failure to accommodate her disability, retaliation, wrongful termination and breach of contract. She is also requesting a jury trial.

In a video posted on Facebook, Boone Talton appears beside her attorney as her lawyer details some alleged issues Talton had while working as a diversity recruiter for Facebook. The lawyer says Facebook talks a good game about diversity but in reality, it’s just “lip service.”

“(Facebook) would simply fly out a candidate just to make the quota of saying that they interviewed at least one diverse candidate, but nine times out of ten, that person was not hired,” her lawyer said, according to The Daily Mail.

When Boone Talton complained to Facebook about what she was seeing, the company began treating her differently, the lawsuit alleges. She was left out of company events and was also allegedly told she was not a ‘cultural fit’ when she asked for medical accommodations to help support her medical issues.

“When Ms. Boone Talton complained to management, she was shunned, she was kept out of diversity planning meetings, she wasn’t given her Facebook anniversary balloon, and she was kept away from extracurricular activities that other employers were able to do, such as go to happy hours and outings as a team,” her lawyer said in the video.

The last straw for Boone Talton was when she watched a male co-worker, who was hired at the same time she was, be given preferential treatment and climb the managerial ladder while Facebook failed to promote her. She said she was doing the same work but earning less money.

READ MORE: Facebook to nominate first African-American woman to its board of directors

Facebook denied these claims in a statement to Business Insider.

“We don’t tolerate discrimination or harassment of any kind at Facebook and absolutely disagree with the account presented in this claim,” Facebook spokesperson Bertie Thomson said in the statement.

“We are proud of our efforts to find, grow and keep diverse talent, and of the support we provide to our employees with disabilities.”

Facebook has come under increased scrutiny in recent years for its culture. A gender and discrimination and racial discrimination was filed by Chia Hong in 2015 and eventually settled. Employees also detailed racist incidents of minorities being sabotaged in an open letter.