“He better than Marquise though. I’ll take him before I take my actual [son],” the rapper laughed on Instagram Live

The ongoing feud between 50 Cent and his oldest son, Marquise Jackson, has hit a new low after the rapper said he’d prefer Tekashi 6ix9ine over him.

50 added another salvo to the ongoing battle in an Instagram Live this week according to Rap Up. He was asked if he’d heard from rapper 6ix9inine, born Daniel Hernandez, who was recently released from jail. 6ix9ine, 23, was indicted on federal racketeering and firearms charges but testified against his former gang, the Nine Trey Gangsta Bloods, for a lesser sentence.

Last month, he applied for and was granted, the right to complete that sentence under home confinement as his asthma made him more susceptible to the coronavirus.

Tekashi 6IX9INE performs at Made in America Music Festival on September 1, 2018 in Philadelphia, Pennsylvania. (Photo by Arik McArthur/FilmMagic)

“No, I ain’t heard from him. He’s his mother’s child now. He told on everybody,” 50 responded.

But 50 couldn’t resist shading his own son with his next comments.

“He better than Marquise though. I’ll take him before I take my actual [son],” he laughed. “Fuck that ni**a.”

Marquise, 22,  apparently heard about the comments and responded to 50.

Their rift stems from 50’s adversarial relationship with Marquise’s mother, Shaniqua Tompkins, that has been going on for years. In 2019, the two battled on social media when 50 accused Tompkins of getting plastic surgery. She, in turn, alleged that his other son’s mother, model Daphne Joy, had given 50 herpes. 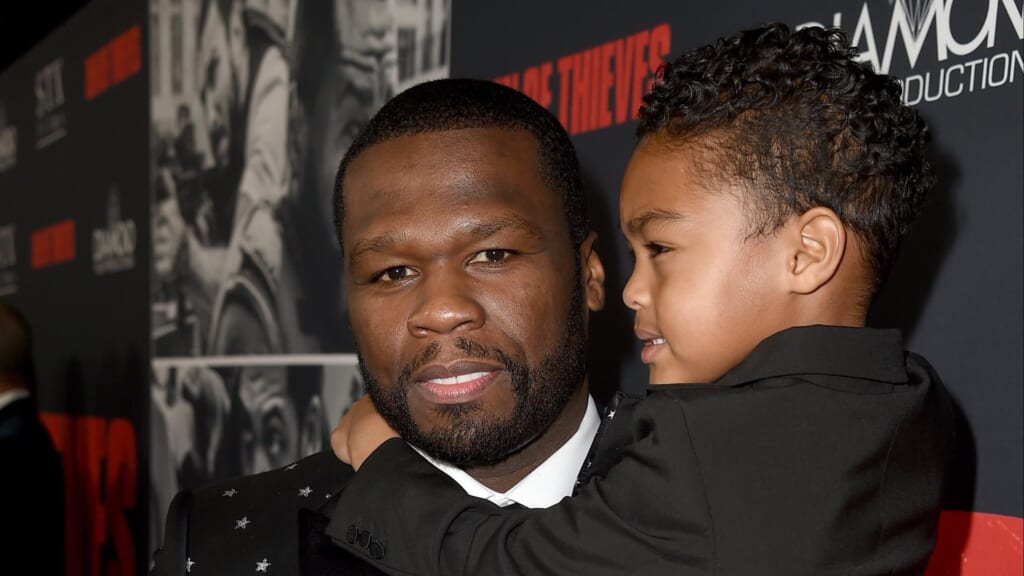 He told Rap Up that same year his side of his strained relationship with his father.

“Growing up, my dad was my superhero,” Marquise said. “It was like having a father who was Superman, more or less. But then, as I got older, you start realizing things or you start seeing certain patterns and it takes an effect on your relationship with people. That’s what happened with me and my father.”