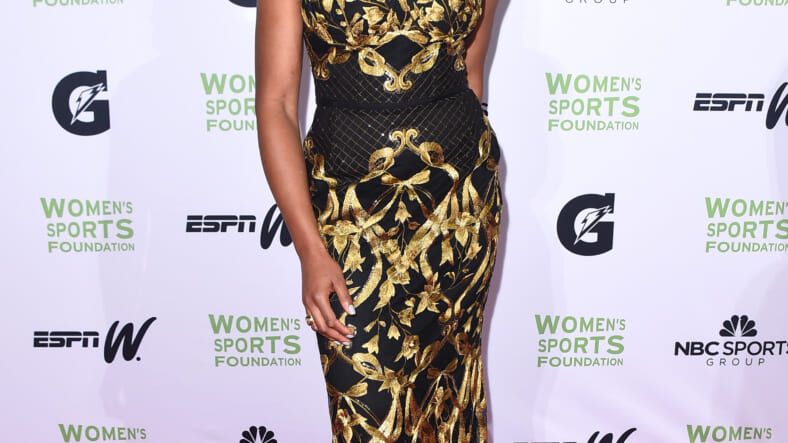 Nzingha Prescod is a two-time Olympian, having competed for Team USA in both the 2012 and 2016 Olympic Games as a fencer. In 2015, she became the first Black woman to win an individual medal at the world championships.

But on Tuesday evening, during a Zoom session organized by USA Fencing with about 70 people, none of Prescod’s accolades seemed to matter. She was instead met with racism.

The 27-year-old decorated athlete tells theGrio that she and USA Fencing Sports Performance Manager Brandon Dyett became victims of repeated racial slurs during the call that was sanctioned by the fencing organization.

Where’s the curly Afro emoji at

The Zoom session, she says, was created to encourage members of USA Fencing to interact with each other while quarantine due to the coronavirus pandemic.

“I was really excited about the session because it was a celebration of our world championship win in 2018 and we were going to stream our gold medal finals, which is one of the highlights of my career,” Prescod tells theGrio.

“I was really excited to watch it and celebrate it and talk to viewers about it and engage with them.”

But the Zoom session, which featured about 60 fans in addition to USA Fencing athletes, staff and a coach, went sour almost immediately. 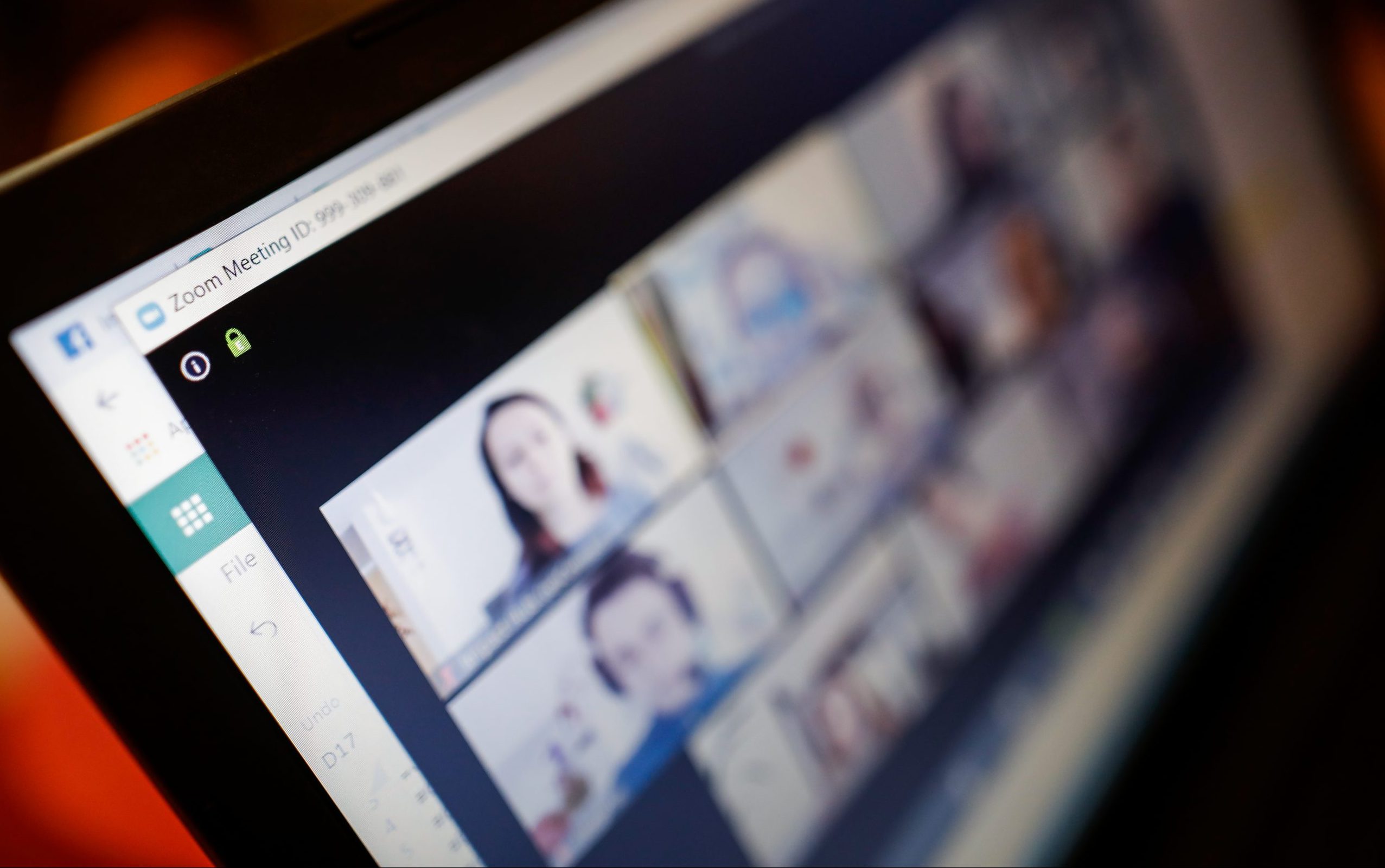 “I wasn’t the first person to see it. Other people saw it and didn’t say anything, and I think they were trying to hush it up and act like it wasn’t happening and try to delete it as soon as possible.”

But as the call continued, so did the racial slurs.

“I couldn’t believe what I saw and I was appalled,” Prescod said. “I was literally speechless. My jaw dropped. I couldn’t believe it because this is right in my face on Zoom. I’ve been fencing almost 20 years and I consider this community my family. It was a really traumatizing and terrorizing experience. It’s literally a crime.”

Prescod spoke up during the Zoom session, but said no action was taken. “What’s going on?” she asked. “This is crazy! I can’t believe this. For anyone who thinks racism is not real or that it doesn’t exist anymore, here you go!”

Prescod felt a range of emotions as the racial slurs continued intermittently throughout the entire length of the session, which was an hour. “This is incredibly mean because I’ve literally sacrificed my whole body for this sport. I had a hip replacement last month,” she said.

But again, nothing was done. “Are we going to end the call?” Prescod asked. The call, however, continued.

Everyone in the session ignored the racial slurs, and, remarkably, questions about fencing continued. And so did the slurs.

“Everyone turned a blind eye to it at my expense,” Prescod said. “I had thoughts to leave the session, but decided to stay because I know that’s what was expected of me,” she said.

But later, she felt conflicted. “I felt like a punk for not getting up and leaving the session,” she said.

Because this lasts more than 24 hour IG story. Unfortunately, I can’t control ignorant people but can advocate for better education on recognizing & managing racial attacks, virtual and in real life. What was supposed to be a nostalgic experience with my team ended in literal terror for me and I’m still in shock! Someone in our Zoom chat publicly abused me and another black person on the call with demonic, racially charged words throughout the session. This is an extreme violation of all my rights as a person. It’s so unfortunate some people feel the need to be so hateful especially during a time when the world is mourning. A similar incident happened with an @nhl player. @nytimes reports that these ‘Zoombombings’ are believed to be organized & pre-meditated efforts of destruction. So what are we doing to combat this? I’m always keeping it moving but everyone needs to know this is unacceptable treatment for anyone and can’t be tolerated. Biggest lesson: Always, always advocate for yourself and protect your interests. **Edit to text in the picture: I don’t want to speak for the other Black person on the call but I’m sure they were sitting there horrified too.

On Thursday, two days after the incident, USA Fencing issued an official statement regarding the celebration gone wrong. The initial statement did not mention the Black team members on the call.

“It wasn’t an authentic or substantial apology,” Prescod argued.

USA Fencing later followed up with a second statement.

“USA Fencing is deeply disturbed by a recent Zoom session with U.S. National Team members, where an attendee directly aggressively targeted one of our Olympic athletes, Nzingha Prescod, and a staff member, Brandon Dyett, with racist and offensive language,” the statement said.

“We sincerely apologize to both of them for not being better prepared to protect them from these attacks.”

When asked how she will respond if she was to experience such racism again, Prescod said she would leave the session, “but [USA Fencing] agree they should have ended the session and that it was a bad decision.

“USA Fencing recognized the hurt I experienced and their lack of action. I’m glad there was a lot of necessary good that came out of this situation,” Prescod shared.

*serious face for serious post* read until the end! (Part 1/2) Just got back from Cairo ? with a less than amazing result on paper. But success is all relative and I’m happy with my performance and proud that I was able to move well and prove to myself I’m capable of winning & being athletic. Only 6/7 weeks ago I was at the height of a pain cycle with an atrophied af glute, rehabbing at @howardheadsportsmedicine in Vail. The Olympic season is always filled with a stressful amount of uncertainty- making the team, winning bouts, getting the best results. But this year is especially difficult because every day I wake up and am uncertain if I’ll be able to walk, be able to get en guarde, be able to advance or lunge. You can imagine how devastated I was last month when my doctor told me I needed a total hip replacement because there is no space in my hip joint. 10/10 doctors would recommend doing a hip replacement right now. At 27! What a smack in the face to not only my fencing career but my whole livelihood. And so the last few weeks have been really tough but I’m grateful for my progress so far (without a replacement) since October. I’m intent on continuing to build strength, load more weight on my right leg for longer periods of time, and be athletic on the strip…

“We all recognized that these situations happen more frequently than most think, and my organization needs to be better equipped to deal with it and protect their athletes. I know they care about me but tolerating that abuse against me during the session was unacceptable.

“They need to become more knowledgeable about the Black experience and be more aware of how to properly do their part to care. And this is a challenge for every governing body, not only in sports, but every field,” she added.

“I’m glad they recognize that a different course of action should have been taken and they are committed to creating a Diversity and Inclusion structure that can represent black athletes and educate the fencing community on our experiences. I think they’ll be pioneers for the Team USA communities and set an example for other organizations to follow.”