It’s now been confirmed that over 400 Transportation Security Administration agents working at airports across the country have tested positive for COVID-19 and as of this week, three of them have died.

Monday, TSA announced that Dian Phipps, an officer who had worked at Atlanta Hartsfield-Jackson International for 14 years, passed away from the coronavirus. A dozen of his coworkers have also tested positive, 11 of whom were involved in the screening of passengers.

Helping the world one day at a time. Mic Love#TheWholeWorldChallenge

READ MORE: 41 MTA transit employees have died of the coronavirus

“His co-workers over the years remember him as a kind and humble person who was always fun to be around, as well as being a talented singer,” read a statement from the agency. “We offer our heartfelt condolences to Dian’s family, friends, and his TSA colleagues.”

Of the 405 officers who have tested positive at 51 airports nationwide, a staggering 155 of them were located at New York’s three. JFK airport has the highest concentration in the country with 85 cases, second is nearby Newark airport with 44 cases, and another 23 cases have been confirmed at LaGuardia, the third airport serving New York City. 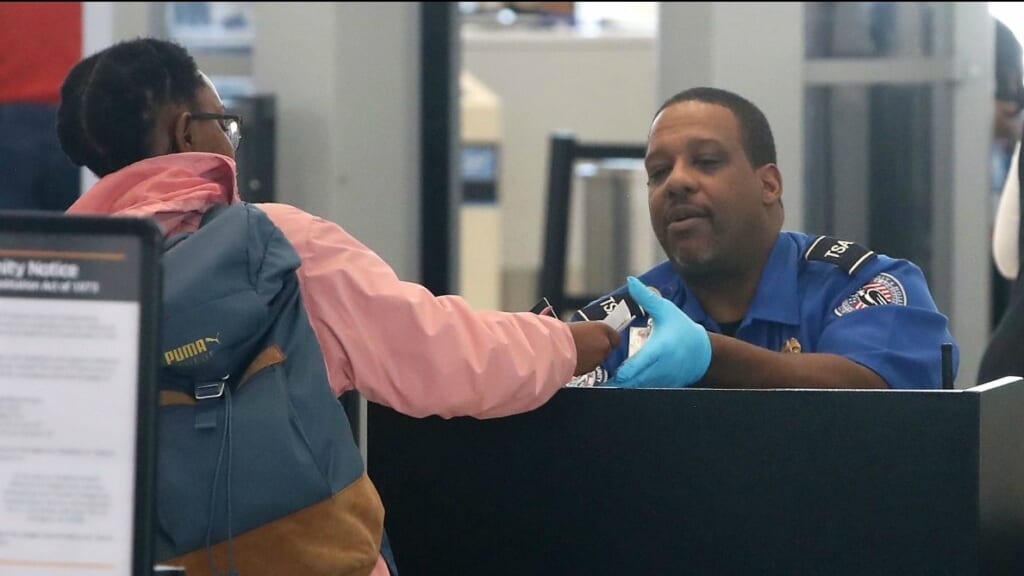 Prior to Phipps, two other TSA agents have died from the virus in recent weeks; 39-year-old Francis ‘Frank’ Boccabella III who worked at Newark Liberty International Airport as an explosive detection canine handler and Alberto Camacho, a Branch Manager in the Acquisition Program Management office Arlington, Va.

The outbreak of coronavirus among TSA officers is alarming given the agency is reporting a record low number of travelers. This means the infection rate would have been more pronounced without the social distancing mandates.

As of Tuesday, approximately 87,534 travelers passed through airport security checkpoints, compared to the over 2.2 million travelers who went through TSA on the exact same day a year ago.